The Kansas State men’s basketball team will play the University of California, Irvine at home tonight in Bramlage Coliseum, with tipoff scheduled for 8 p.m. following the women’s game against Florida A&M.

UC Irvine’s record is 1-1 for the season, with both regular season games played away from home.

K-State returns three starters and eight lettermen from the 2016-2017 team that finished with 21 wins and an NCAA tournament bid. Junior guards Kamau Stokes, Barry Brown Jr. and junior forward Dean Wade have returned as starters for this season.

The Wildcats are 2-0 so far this season after convincing wins over American University and the University of Missouri-Kansas City. Wade scored a combined 28 points in the first two games this season. Following close behind was Brown with 24 points.

In the home opener against American University, the Wildcats won 83-45. K-State’s defense only allowed 14 points in the paint, four second-chance points and four fast break points. Staying tough on the defensive end, American was held to 30 percent in field goals and just 25 percent of three-pointers attempted.

All five starters finished with at least 8 points and four finished in double figures, led by Wade with 17. Stokes added seven assists, while sophomore forward Makol Mawien recorded nine rebounds for the night. Sophomore forward Xavier Sneed had four steals in his 28 minutes of play.

Fans who are not able to make it to tonight’s game between the Wildcats and the Anteaters can watch on Fox Sports or K-StateHD.TV.

The next game for the Wildcats will be at home against Northern Arizona University on Nov. 20, with tipoff scheduled for 7 p.m. 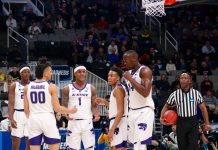 K-State men’s basketball falls in the first round of the NCAA tournament, 70-64 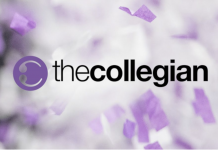 From San Jose: Here’s what you need to know as the Wildcats prepare for their first game of the NCAA Tournament 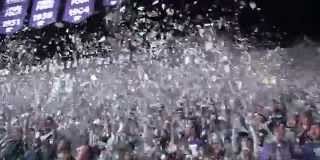