Seven years ago, I was entranced by the whimsical gurglings of the French language. For four years, I walked into my high school’s only French classroom where my teacher, a Kansas State graduate, transported us to another world as we dipped into French culture with daily songs and images of homely towns.

On my first day at K-State, I nervously wandered into my French IV class, book in hand. Intrigued by the new “textbook and lecture” style of language learning, I was comforted by the familiar verb conjugations and ubiquitous distaste of gendered nouns.

Every Tuesday and Thursday, I revel in the bizarreness of discussing things like trudging through quicksand outside of a centuries-old monastery with my fellow French classmates.

Foreign language classrooms take on many different identities throughout the language learning process. Now, stoic in the face of reality, the Department of Modern Languages is calling to arms those of us who recognize the importance of learning foreign languages in an advancing world.

I was appalled when students sitting around a horseshoe table stared at a sheet of paper professing the state of reality we all must be aware of — the department faces extreme budget callbacks.

Bolded headings on the handout encouraged modern languages students to write letters to the administration, to get family involved, to call and voice concern, to involve the community and organizations, to chalk the campus — to do anything, really.

The Department of Modern Languages not only helps to create an inclusive, multicultural student body, but it also equips students with a highly sought after skillset in a millennial job market.

According to a Forbes article, fluency in a high-demand, low-supply language gives job applicants a competitive advantage in the workforce over people who only speak one language.

If the proposed budget callbacks go through, all language classes would be affected, and some would even be shut down. The future of K-State graduates’ success would be dilapidated.

Language is the root of communication and history, so why should the administration be able to tell us that our passion is not marketable, or that years of intense dedication are useless in a STEM-focused world? Is the administration saying that there is a hierarchy of higher education, and we don’t make the cut?

To those deciding our future, have you ever tasted history in your mouth? Modern languages students experience cultural syncretism every day we gather in the classroom and every night we spend conjugating, reading and speaking.

Your words carry the weight of thousands of students’ futures. Make sure your decision is heard and comprehended by all the cultures and languages represented at our multicultural, united campus.

Madison Obermeyer is a junior in mass communications with a minor in French. The views and opinions expressed in this column are those of the author and do not necessarily reflect the official policy or position of the Collegian. Please send comments to opinion@kstatecollegian.com. 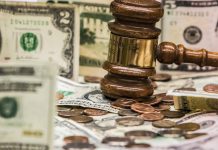