Students, faculty and community members packed into Town Hall in the Leadership Studies Building with pizza for a forum on diversity in agriculture.

“You’ve given me so much hope because you are the change we want to see in the world,” Wiley said.

The forum aimed to start dialogue on different perspectives and how students can make an impact and promote diversity at K-State. After opening statements from Wiley and students from the College of Agriculture, the floor opened up to the audience.

Audience comments ranged from those curious about how to ask people of different backgrounds and ethnicities questions in a respectful way to reactions to recent events on and around campus, such as the damaged sukkah — which was found to have been damaged by strong winds — and the Snapchat image that alluded to the Ku Klux Klan. Some attendees mentioned fear felt on campus, specifically after dark.

Wiley said some students are unsure of where they stand with their peers.

“What so many of our multicultural students are feeling like is, ‘If this didn’t happen, I still feel bad,'” Wiley said. “‘I can sit in a room with so many other students, and I don’t know if they dislike me, if they hate me because all these things are taking place.'”

Bryanna Cook, junior in agricultural communications and journalism, said this fear can be dispelled by members of the K-State community standing up for each other.

“We are K-State family, and I think that’s great,” Cook said. “We just need to act like it.”

Cook said people often take to social media to say recent events are “dumb,” but the K-State community could do more to support one another.

Eric Valenzuela, freshman in animal sciences and industry, said this support goes beyond changing the mindset of the white majority in many parts of the community, that anyone can be racist. He also emphasized the importance of diversity.

“We need to understand that we’re all different, but the most beautiful thing is seeing a diverse place,” Valenzuela said.

Wiley said Tuesday’s forum will not be the last, and diversity will continue to grow in the College of Agriculture. 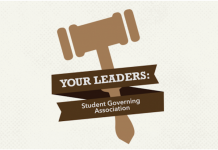 Rebuilding: How student government is tackling the concept of representation