As an avid football fan, I love heading to Bill Snyder Family Stadium on Saturdays and watching our Wildcats play their hearts out. Unfortunately, their efforts seem to end in heartbreaking losses more often than they should. I’ve noticed some key mistakes that have caused our season to result in a mere 7-5 record.

The first of these mistakes is that we misuse many of our players. We have a very talented roster this year, but some players just aren’t being used to their full potential. There are many instances of this, but some major ones include forcing our quarterback to run excessively and wasting potential in our running backs.

On the subject of quarterbacks, I noticed that Alex Delton was severely limited in his passing attempts. While he may not have the best throwing arm when compared to Ertz, Delton is very accurate passer. However, Delton was rarely allowed to pass, especially when attempting to defeat the University of Oklahoma. This underuse of a talented quarterback cost us dearly by the end of the game.

The other major problem in our personnel use is that we don’t use our talented running backs enough. Alex Barnes, Justin Silmon and Dalvin Warmack are all extremely skilled at picking apart defenses with their running abilities. However, the only ‘back whose full potential we use is fullback Winston Dimel. Dimel is often given the ball on key plays in which a powerful runner is needed to gain a few yards for a first down or touchdown. Silmon and Warmack barely see the ball and are usually put in for a few plays of running. If we used all our backs to their full potential, we could easily shred defenses.

Finally, poor play calling has been the death of many strong drives. I would like to make it clear, though, that I have a lot of respect for our coaches and coordinators. They’re doing their best, but sometimes a bit of creativity is needed. Many drives have been ended by attempting the same play over and over, or simply not reading the defense correctly. A perfect example of this would be not passing when safeties come up to defend a run, or calling for a direct snap to a running back five or six times on the same drive. Predictability has killed many drives before they even began.

Despite some managerial mistakes, our team has demonstrated that it never goes down without a fight and will always give 100 percent. Cheering on the Cats has been amazing this year, and our upcoming bowl game appearance will surely be one to remember. Hopefully the coaches will learn from this season and make improvements as needed. 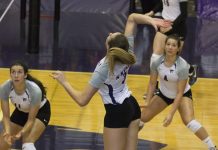 OPINION: Why K-State volleyball games are the best sporting events to attend 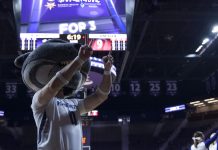 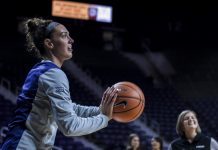 Powercat Round Table: Leading into UTEP