The so-called college football coaching carousel takes place every year when teams urgently try to find new coaching hires as seasons start to take a turn for the worse, and the most notable coaching chaos started with the University of Tennessee this year.

For the first time in program history, the Tennessee Volunteers lost eight games in a season and have also gone winless in SEC competition. The Volunteers suffered a particularly embarrassing loss to the University of Missouri on Nov. 11, their fifth loss in the past six games.

John Currie, Tennessee athletic director and former AD for Kansas State, made the decision to fire fifth-year head coach Butch Jones after the loss to Missouri.

Jones found success with the Volunteers early in his career, leading the team to to back-to-back nine-win seasons in 2015 and 2016. Jones’ overall record at Tennessee was 34-27.

The Volunteers’ current interim coach is Brady Hoke, who was previously associate head coach and defensive line coach. Hoke coached the final two games of the regular season against Louisiana State and Vanderbilt.

With the firing of Jones and Hoke not being able to help the Volunteers bounce back for their final two games of the season, the search for a new head coach had begun.

There have been reports that Currie was in the process of finalizing a deal with Greg Schiano, Ohio State’s defensive coordinator, who had also coached for Rutgers and the Tampa Bay Buccaneers.

The news of Currie possibly hiring Schiano caused uproar from university students at Tennessee, as Schiano was involved in the infamous Penn State sex abuse scandal with Jerry Sandusky.

Court documents from a 2015 deposition show that while Schiano worked at Penn State as a graduate assistant, he told then-assistant coach Mike McQueary about witnessing Sandusky’s abusive behavior. Schiano continues to deny the allegations about Sandusky.

With students, faculty and even politicians criticizing Currie for considering Schiano, he was dropped out of the coaching race for the Volunteers.

While there are talks of hiring Jeff Brohm, head coach at Purdue, and North Carolina State’s Dave Doeren, no deals have been finalized.

The Volunteers are not eligible for a bowl game and will begin their 2018 season against West Virginia University on Sept. 1 of next year. 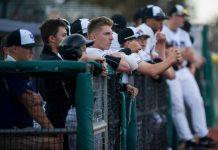 OPINION: John Currie — the good, the bad and the ugly