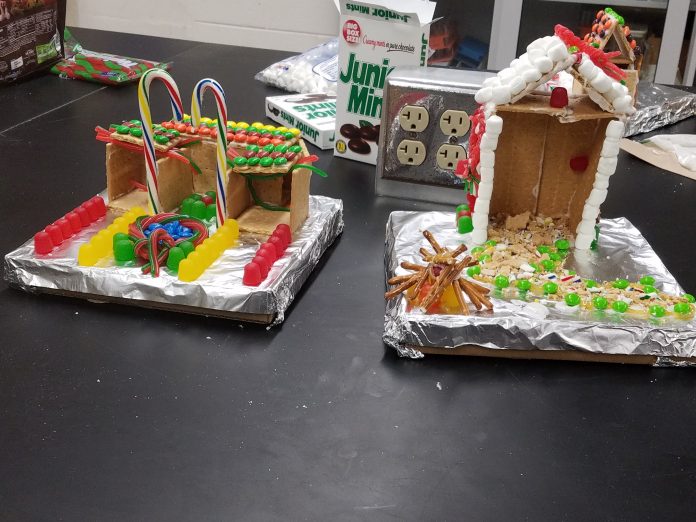 Students in the club competed in teams to make elaborate houses out of graham crackers. The winners received gift cards to the Call Hall Dairy Bar.

Halle Sparks, senior in food science, and her group won first place in the gingerbread competition with their marshmallow-covered house with a Dots and pretzel bonfire.

Sparks joined the club as a way to get connected to the food industry.

“I don’t come from an [agriculture] background,” Sparks said. “I was actually a biology [major] before food science, so I kind of just wanted to use the club as a segue to meet other food science people, meet people who are passionate about food and passionate about the same things I am.”

Sparks, along with her processing co-chair Sierra Savage, junior in food science, are currently trying to develop a new product to sell in Call Hall alongside the ice cream, eggs and meat products.

“We’re thinking of making an alfredo sauce to sell for next semester at the Open House,” Sparks said.

“It’s just something that Sierra and I have just taken charge of,” Sparks continued. “But we’re open to having other people help out if they wanted to.”

Christine Rock, president of the Food Science Club and senior in food science, said events like this are a good way to bring food science majors together outside of class.

“It’s a fairly small major,” Rock said. “There’s not a ton of people. So it’s kind of nice that those who are can get to know each other better and have some fun.”

Rock said the club’s meetings are intended to be helpful and educational, but fun as well.

“We did pumpkin carving and Friendsgiving, as well as having professionals come in to talk to us, and people from companies looking to recruit for internships and jobs,” Rock said.

“It’s just so much fun,” Reeder said. “There are a lot of really good people. The rule is no food goes to waste, so you always go home with a bunch of snacks.”

Rock explained that the Food Science Club is not just for food science majors.

“If there’s an interest for food and a passion for food, then anyone’s welcome,” Rock said. 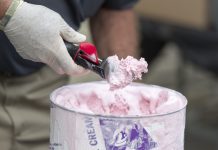 This popular campus dairy bar has a long history. Here’s the scoop 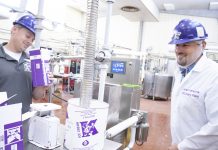 The inside scoop: Crafting ice cream at Call Hall 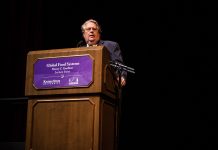