A car burned in the parking lot behind Wefald and Marlatt halls Thursday evening after bursting into flames while in use.

Savannah Scholl, Manhattan resident and mechanic, was driving the car when the fire began.

“Heard a popping noise and then, next thing I see, there was a burst of flames coming from behind my radio,” Scholl said. “I pulled over where I could as soon as possible, and I got out of the car. It kind of just burst into flames from there.”

There were no other passengers in the car.

The cause of the fire is unknown, though Paul Terpstra, officer at the Riley County Police Department, said it was not started by a cigarette.

Terpstra estimated that the fire began at approximately 5:40 p.m.

Scholl said she has never had issues with the car, a 2006 Toyota Corolla. She will now have to find a replacement.

“I’m a mechanic, so I have resources for getting another car,” Scholl said. “It’s just going to be trying to find the money right now because I’m a single parent and it’s difficult.”

No major injuries were reported. 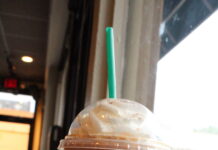 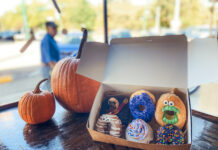