Bill Snyder’s life is built around a strong personal philosophy. His dedication to hard work and consistency were instilled in him at a young age.

Snyder’s father, Tom, and his mother, Marionetta, divorced when he was just six years old. Bill and Marionetta moved into a one room apartment in St. Joseph, Missouri. Tom was mostly vacant from Snyder’s life.

“Everything we had was in that one room,” Snyder wrote in an article for The Player’s Tribune earlier this year. “My bed came out of the wall, and my mother slept on a cot that we’d bring in each night from the landing. That was home.”

Marionetta worked 12 hour shifts, six days a week at a department store, said Snyder. Even with the hectic work schedule, Snyder wrote that Marionetta kept a close watch on him.

Still, all of that alone time bred a love of sports into Snyder. He used to make basketball hoops out of coat hangers to shoot balled up socks through and play tackle football in the brick roads near his apartment.

According to a NewsOK article, Snyder had two weeks of rebellion in high school after his father bought him a yellow convertible Mercury Monterrey. After two weeks with the car, Marionetta made Tom drive down from Omaha, Nebraska, to get it.

Around the same time, according to Snyder’s The Player’s Tribune article, he became a coach of the local YMCA swimming team. He wrote that that was when he discovered that he wanted to be a coach when he grew up.

Snyder played quarterback at the University of Missouri. He flunked out of Missouri his freshman year and ended up playing defensive back at nearby William Jewell College. Snyder graduated from William Jewell in 1963 and took a job in Gallatin, Missouri.

Snyder taught Spanish at Gallatin high school, despite not speaking the language. His dedication to improvement showed itself at Gallatin as he taught himself the lessons one day ahead of the lessons he taught his students. During that time, he was the assistant coach for multiple sports.

Snyder’s next stop was at Indio High School in California, where he was asked to fill in for a Spanish teacher on maternity leave. He also coached football, basketball and swimming. He still didn’t speak any Spanish, but this time he used his abilities at organizing people to get the job done.

Snyder found his way into a job as a graduate assistant under John McKay at the University of Southern California in 1966. He learned an important lesson in preparation, according to Snyder’s article, when he was almost late to his first game because he did not process that it would not be played at the practice fields.

In 1979, Snyder worked his way to the offensive coordinator position at the University of Iowa under Hall of Fame coach Hayden Fry. He was there until he took the K-State head coach job in 1989. 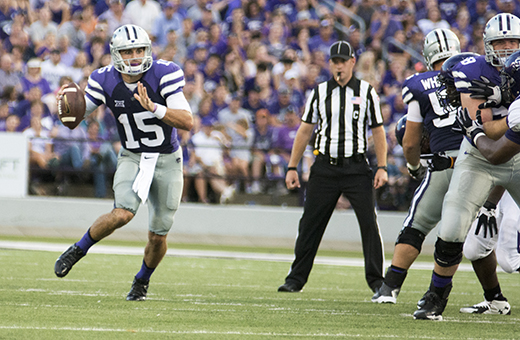