The K-State Family is headed to Phoenix, Arizona, to see the Wildcats take on the UCLA Bruins in the Cactus Bowl. The game will be played on Dec. 26 at Chase Field.

“We are pleased to go to Phoenix; we have always been treated well there,” head coach Bill Snyder said. “They have an appreciation, I think, for Kansas State and the fan base.”

The Cactus Bowl’s proximity to Christmas and the 17-hour travel time means that many of the Wildcat faithful headed to the game will be spending the holidays in Phoenix. The good news for these fans is that there is a lot to do in Phoenix for Christmas.

On December 24, K-State fans can take in an evening at the Phoenix Symphony. They will be performing The Cirque Nutcracker, a mix between the traditional Nutcracker ballet and a local cirque troupe, Troupe Vertigo.

K-State fans can check out Christmas lights at the Phoenix Zoo from 5:30 p.m. until 10:30 p.m. Christmas Day (or any other day until Jan. 14). The zoo will be lit up with 3.8 million lights in animal shapes. It will be difficult for patrons to see the animals because almost all of the exhibits will be closed.

During the trip, K-State fans can head over Desert Botanical Garden for Las Noches de las Luminarias. Take in the 8,000 hand-lit lanterns and other light displays while listening to live holiday music.

Over at the Arizona State Fairgrounds, fans can see North America’s largest light and lantern festival. The event combines ancient Chinese tradition and modern technology to provide a multicultural experience. There will be displays and food from cultures all around the world.

The CitySkate ice rink will be open to the public Christmas Day. Fans can ice skate around a big Christmas tree in an open air downtown ice rink.

K-State fans will feel right at home on nearby Tempe’s Mill Avenue. Think of it as Arizona State’s version of Aggieville, but with Christmas lights. Mill Avenue offers many food and drink options for K-State fans looking to enjoy a night out.

On Mill Avenue, Wildcats can check out a one-woman comedic performance of Charles Dickens’ A Christmas Carol on Christmas Eve. The show will be at the Tempe Center for the Arts Theatre.

In nearby Williams, Arizona, Wildcat fans can board the Polar Express for a ride through the wilderness to “the North Pole.” Young K-Staters can meet Santa and drink hot chocolate while listening to the famous Polar Express story.

K-State fans headed early to Phoenix for Christmas will have plenty to do before and after cheering the Wildcats on against UCLA. 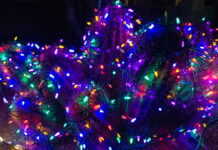 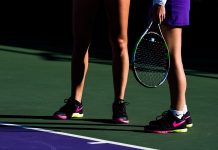 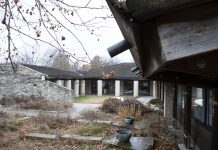