With 2018 well on its start, some people are finding it hard to keep their New Year’s resolutions. One of the most common goals people cast as they set off into a year of becoming their best selves, aside from dropping a few of those pesky holiday pounds, is to save a pretty penny or two.

Saving money is hard, especially in college, but it is certainly not impossible.

1. Make your coffee at home.

With the prices of coffee and milk rising, coffee shops both big and small are continuously raising prices. Nowadays, the average cup of coffee bought at a place like Starbucks costs around $3, and that doesn’t even take into account the various syrups, flavorings or extras you might want.

Instead of emptying out your wallet every morning just to stay awake, make your coffee at home. It saves money and time by cutting out those long waits in lines.

2. Write down all of your purchases.

This sounds silly, but it helps you stay on budget if you are forced to write down every bowl of soup you buy from Panera that costs $5.29. Whether you use a spread sheet program on a computer or write it down in a notebook, it’s good to know exactly how much money you are spending and on what. Be sure to note which purchases are necessary and which are extravagant.

This is a two-for-one suggestion. By buying a water bottle that you can fill up at fountains, you’ll cut your plastic usage down while also saving money. A perfectly good water bottle costs about $7 at Wal-Mart whereas one case of water costs around $3 depending on the brand, which is not a lot, but adds up quickly.

It’s certainly not cool to have a hoard of coupons in one of those index organizers, especially when the stereotypical image that comes to mind when someone says they ‘coupon’ is one of those ladies who doesn’t run a brush through her hair and spends Friday nights cutting pieces of paper from newspapers, magazines or grocery store advertisements.

But you don’t have to pick up a newspaper to find coupons anymore. These days every store has an app that keeps track of all the upcoming deals and keeps all your coupons organized for you.

Even better, there is an app that provides coupons to college students in reward for locking their phones while on campus. Pocket Points will then give a certain number of points to purchase coupons for dining, shopping and entertainment options on and off campus.

5. When dining out, get water instead soft drinks.

This is another kill-two-birds-with-one-stone scenario. By picking water over soft drinks when dining out, or in general for that matter, the amount of sugar, artificial dyes, flavors and other chemicals that you put into your body plummets. Also, don’t forget that most restaurants charge upwards of $2 per soft drink and, again, it doesn’t seem that much, but it adds up over time.

Kaylie McLaughlin is a freshman in mass communications. The views and opinions expressed in this column are those of the author and do not necessarily reflect the official policy or position of the Collegian. Please send comments to opinion@kstatecollegian.com. 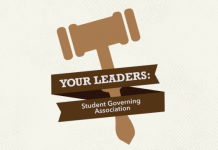 OPINION: Same-sex schools not outdated, not the answer either