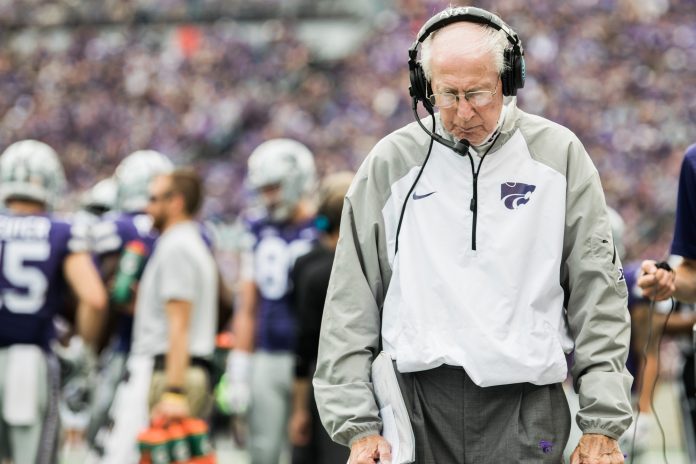 Matthew Snyder, the grandson of head football coach Bill Snyder and the son of assistant head coach Sean Snyder, was found dead Wednesday, according to a report from the Manhattan Mercury.

“Our thoughts and prayers are with the Snyder family during this very difficult time. We are deeply saddened to learn of this news and ask that the family’s privacy continue to be respected. Sean, Wanda, and the entire Snyder family are greatly appreciative of the outpouring of support displayed by the K-State Family as they cope with this tragedy.”

Emergency personnel arrived in the 3300 block of Claflin Avenue in Manhattan on Wednesday afternoon. At that time, Riley County police confirmed that there had been a death but declined to give any further information.

The house at 3309 Claflin Ave. is owned by Sean and Wanda Snyder, according to county records.

According to the Wichita Eagle, police spokeswoman Hali Rowland said that they are currently investigating an unattended death.

“Right now it is still being classified as an unattended death,” Rowland said to the Eagle. “A suicide does fall under that category, but at this time ‘unattended death’ is the language that we are using until we can further investigate.”

Matthew Snyder lived in Manhattan, but did not attend K-State.