The Kansas State Union Program Council partnered with the On the Spot Improv group to begin a series laced with hilarity called the Dumb Debate Series. The first debate was held Thursday.

UPC has hosted a debate series before, but it was about serious topics, and students did not get too involved with it at the time. Erin Sullivan, senior in marketing and one of the co-chairs of daytime programs, said the turnout for the debate series was not ideal, so she and the other co-chair, Charlsie Fowler, senior in apparel and textiles, decided to begin the Dumb Debate series with the help of members from the On the Spot Improv group.

The four members split up into two teams: an older group consisting of Emma Pirotte, sophomore in elementary education, and Mason Swenson, junior in public relations, and the “newbies,” which was Jacob Casey, freshman in political science and finance, and Kailey Meacham, freshman in fisheries, wildlife and conservation biology. With the two teams set in place, Fowler was the mediator at the podium.

This question sparked a hot debate between the groups. Pirotte said hot dogs are not a sandwich, but a taco. Casey bit back firmly with the statement that indeed, hot dogs are a type of sub sandwich. Pirotte then proceeded to walk around the room, mic in hand, and ask the audience if they ate different Mexican toppings on their hot dogs.

“What do you put on your hot dog?” Pirotte asked a student in the audience.

“Um, mustard?” the student said. Pirotte continued to ask, “Pico de gallo? Cheese? Guacamole?” and she finally got the answer she wanted by asking, “Beans?” and the student answered that she liked chili with her hot dogs. Pirotte used this answer to enforce her stance that hot dogs are indeed tacos.

Another topic of the event involved the infamous dress meme from February 2015, with both sides passionately debating if it was black and blue or gold and white. The dress meme argument did not last long, but another debate did.

“Is the abbreviation of graphic interchange format pronounced with a hard or soft G?”

Casey attempted to rebuttal this but was quickly shot down by Meacham, who said, “You don’t say graphics as giraffe-ics.” Swenson backed up Meacham and Pirotte by taking a poll from the audience, and they determined that indeed, the proper pronunciation of GIF is with a hard G, not a soft one. 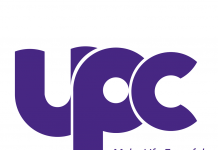 Are cheetos chips? UPC’s Dumb Debates series seeks to answer this and other questions

Q&A: On The Spot Improv discusses teamwork, protesting against themselves 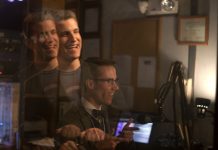