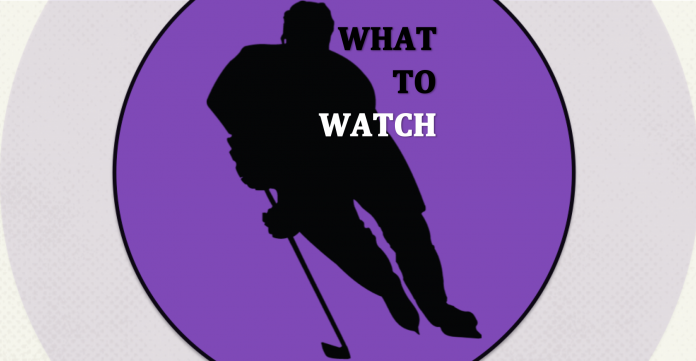 After Tuesday night’s win, the Vegas Golden Knights became the most winningest expansion team in the history of the NHL.

Meanwhile, the Winnipeg Jets lead the Central Division and sit only two points behind the Golden Knights.

Blake Wheeler is a large part of why the Jets are doing so well this year, leading the team with 56 points in only 51 games. Connor Hellebuyck is also a considerable part of their success, posting a 26-6-0 record in net for the Jets, holding a .924 save percentage.

Jonathan Marchessault leads Vegas with 48 points in only 46 games.

While neither of these teams has much to lose from this game other than a couple of points to get them further ahead of the competition, this game should be exciting as two of the best teams in the league will be facing off.

The Jets have one of the best home records in the league at 18-3-1, tied for second most home wins behind the Golden Knights with 19. This game will be exhilarating to watch and should come down to the last few minutes to decide a winner.

In a very tight Central Division, these teams are both looking for a big win as they both sit far beyond a playoff spot.

Canucks rookie Brock Boeser is looking to turn the season around for Vancouver after winning the Accuracy Shooting Contest at the All-Star Game.

Patrick Kane and the Blackhawks will be trying to stop that from happening Thursday nights when these teams face off.

The Blackhawks have been struggling this year, especially after losing star goaltender Corey Crawford to a head injury.

Crawford missed the last 15 games for the Blackhawks and is not traveling with the team on their current road trip. Once he returns, Blackhawks fans need only hope that he is the same player that he once was.

This game might prove to be a must-win for both teams, as they are both sitting close enough to the playoffs to be able to make a big push and disappoint a team, but far enough away that every game matters.

Expect much speed coming into this game from players like Kane and Boeser, who will be looking to change the season for their teams.

The Pittsburgh Penguins finally have turned their season around enough to be in the playoffs, while the Devils have been on a bit of a skid lately, sitting only one point behind the Penguins.

This game will be another must-win for both teams, especially sitting so close together in the standings.

The matchup between these teams might even be one that we see when the playoffs arrive.

Phil Kessel leads the Penguins with 59 points, ahead of captain Sidney Crosby, who has 56.

On the other side, Taylor Hall leads the Devils with 49 points.

Both of these teams just had big wins and will look to continue their success to hold onto their playoff spot in a very tightly contested Metropolitan Division.

This game should be very close and come down to players getting into the dirty areas of the ice, fighting for possession, and getting shots on goal. Neither team can afford to hold onto the puck for very long and look for the perfect shot.

OPINION: This expansion team will hold up Lord Stanley’s Cup

St. Louis Blues must improve to hold onto playoff bid