With the world’s most romantic holiday fast-approaching, love is on the minds of many. Whether you’re rushing to get a gift for a loved one or trying to avoid the idea of romance altogether, we have some binge-watching recommendations for you.

The chemistry, characters, dialogue and heartbreak are all for show in this silver screen classic. The 1944 Best Picture Oscar-winner tells the story of Rick Blaine, a jaded American nihilist who owns a nightclub in the Moroccan city of Casablanca in the early years of World War II, and his torn responsibility between a former lover and the Allies.

This classic war time story with Humphrey Bogart and Ingrid Bergman is full of romantic moments, and is so iconic it inspired scenes in other movies on this list.

The gold standard for romantic comedies, “When Harry Met Sally” showcases Meg Ryan and Billy Crystal in a story that follows the title characters through twelve years of accidental encounters in New York City.

3. The Before Trilogy (Before Sunrise/Sunset/Midnight)

From the passionate sparks of the main characters meeting in “Before Sunrise” to the aged familiarity in “Before Midnight” and their intermediate reunion in “Before Sunset,” the trilogy is perfect at building up a realistic relationship over time. Each of the films were shot nine years apart and were written in a collaboration between director Richard Linkletter and actors Ethan Hawk and Julie Delpy.

The trilogy shows real happiness, love, passion, pain and doubt — not in a heartbreaking cinematic exaggeration, but in all the ways that real relationships are built over time.

Not all romances can come to light, and Wong Kar-Wai’s “In the Mood for Love” is no exception. The Hong Kong production tells the story of a man and a woman whose spouses have an affair together and who slowly develop feelings for each other.

When two neighbors piece together why their spouses are always out at the same time, they decide they cannot do the same. The sorrowful result is a romance that is simultaneously mutual and unrequited. A pair of violated marriage contracts that they stubbornly uphold separates the two main characters, and their interactions drip with subtext from every glance.

“Eternal Sunshine of the Spotless Mind” is the romance movie for those who hate romance. There are copious amounts of detail in this modern romantic masterpiece, with groundbreaking screenwriting and psychological thriller elements.

It’s beautifully written, softly directed, honestly acted and turns a surreal non-linear script into a sensory feast. The film explores why relationships develop from success to failure and how the past can write the future.

“Warm Bodies” is a retelling of “Romeo and Juliet” that follows a zombie played by Nicholas Holt who falls in love with a human played by Teresa Palmer. While the movie does highlight many basic plot points from the classic Shakespearian story, its plot deviates from the source material to provide new and refreshing details in the romance genre.

Leonardo DiCaprio and Kate Winslet star in this film of star-crossed lovers and members of different social classes aboard the RMS Titanic ship during its ill-fated maiden voyage. The box office juggernaut film was directed by James Cameron and was hailed by multiple Oscar wins.

Conrad Kabus is a senior in food science and industry. The views and opinions expressed in this column are those of the author and do not necessarily reflect the official policy or position of the Collegian. Please send comments to opinion@kstatecollegian.com. 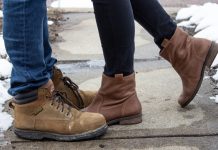 Dating on a dime: Ideas for Valentine’s Day activities