When I think of The Wombats, I think of odd-but-fun lyrics and upbeat, borderline psychedelic music, and the band’s latest album, “Beautiful People Will Ruin Your Life,” provides just that.

The first song on the album, “Cheetah Tongue,” was pre-released as a single.
The song itself is pretty simple, but the lyrics are very visual.

I really like the line, “My hands shake like jellyfish when you’re near.” It also mentions black flamingos, which is a song title later in the album.

The ridiculous lyrics continue with “Lemon to a Knife Fight,” including lines like, “I’m not getting out of here this time / I brought a lemon to a knife fight.”

I’m not sure what they were trying to do musically. At times it seems more intense and action-packed, like the song is supposed to be more serious, and at other times it’s just very pop and not much else. It’s still a pretty good song, though.

“Turn” is probably my favorite song on the album. It’s about having fun, really enjoying where you are in life at the moment and finding those people whose personalities really mesh with yours. It’s definitely a song I’m going to revisit often when I’m taking long drives over the summer.

As mentioned before, the next song is “Black Flamingo.” I definitely got a giggle out of the bridge: “Give me a leg to stand on, stand on.”

The next few songs I found very problematic. “White Eyes” is about taking some kind of drug, and it seems very possessive toward whomever the singer is referring to: “It’s hard to keep my chin up when my guts are lying on the floor / I let you chew the red parts and eat my mind like a cake.”

Similarly, “Lethal Combination” is about drinking until you’re blind, throwing up and “If you remember this tomorrow, then you’re doing it wrong,” all set to upbeat pop music. I really don’t appreciate the glamorization of these things, and I was surprised to hear this from The Wombats.

On the bright side, the last few songs are pretty good. I liked “I Only Wear Black” because it’s an upbeat alternative song for anyone who used to be emo.

If you’ve noticed that my descriptions are pretty vague for this album, you would be correct. All the songs are pretty much the same, and there are not a lot of notable qualities about the music itself for me to mention. It’s the same as any other album by The Wombats, which makes this one kind of bland. Aside from the few songs I mentioned, this album just seems like they are playing it safe.

There are a few good songs, but if anyone wants to look into the band, I’d recommend their older stuff like “Greek Tragedy” and “Let’s Dance to Joy Division.”

Monica Brich is a junior in mass communications writing on behalf of KSDB, Kansas State’s student-run radio station. The views and opinions expressed in this review are those of the author and do not necessarily reflect the official policy or position of the Collegian or KSDB. Please send comments to opinion@kstatecollegian.com and visit ksdbfm.org for more reviews. 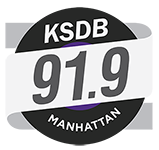