Which one of the Manning brothers is their mother’s favorite: Eli or Peyton? Should Pluto be considered a planet? On the Spot Improv entertained these debatable topics Thursday during the second Dumb Debate in the Kansas State Student Union Courtyard.

Mason Swenson, junior in public relations, defended his opinion on Pluto’s planethood using an episode of Rick and Morty titled ‘Something Ricked This Way Comes.’ In the episode, a character who insists Pluto is a planet is complicit in corporations’ harmful mining operations.

“If we consider it a planet … the inside of the planet will deteriorate a way because they use resources inside the planet,” Swenson said.

“I don’t think you should give something to someone and then immediately take it away,” Carter said.

“The solar system is a cold, harsh place out there and, sorry Pluto, but you didn’t make the cut,” he said.

“Pluto neither has the size nor is it actually in our proper solar system,” he said. “It’s actually in the Kuiper Belt, so I don’t think it should be considered a planet.”

The student continued with the fact of if Pluto is considered a planet, other similarly sized objects should be considered planets as well.

Finally, another student from the balcony claimed that Pluto decidedly makes the solar system a cuter place, effectively ending the argument.

A different line of debate attempted to establish one of the Manning brothers as their mother’s definitive favorite.

“Peyton is definitely the favorite,” an audience member claimed. “He’s just a winner, and Eli’s not. Eli’s a loser.”

Carter countered the argument by questioning the warrant.

“Peyton has won more than Eli has, and that therefore makes him a better human?” Carter asked.

The student said Peyton’s ties to Papa John’s Pizza also gave him an edge over Eli.

However, Peyton sold 31 Papa John’s locations in the Denver area last week, just before the NFL dropped the chain’s sponsorship.

These arguments were entertained in On the Spot Improv’s second Dumb Debate. The inaugural Dumb Debate took place on Feb. 1, when the improv group and audience members discussed if hot dogs are sandwiches and the pronunciation of GIF. 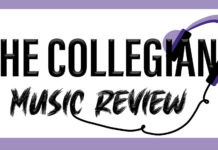 #Hashtag: The Kansas connection to Pluto