After Varney’s closed its doors nearly two years ago, a one-stop-shop for the artists of Manhattan rose from the ashes.

Ruth Ridder, former manager of Varney’s art department, used the remains of Varney’s inventory to start up the Little Apple Art Supply in the east end of Aggieville.

“There are a whole bunch of kids now who don’t know about Varney’s because it’s been two years, but it was the college bookstore for many, many, many, many, many years,” Ridder said. “When the store went out of business, I bought some of the inventory and some of the fixtures, and that’s what started me in business here.”

Today, Ridder spends most of her days in-store sometimes with one of her children, who works part-time. They are the only employees at the store.

When classes are not in session, the store has shorter hours. Ridder said she has considered shortening hours during the semester, but has ultimately decided against it.

“I’ve often thought that I could usefully open at 10 o’clock, but it would be too hard because at the beginning of the semester, people are here waiting,” Ridder said. “Quite often, I have a rush in the morning with people getting things for class.”

Ridder said a majority of her customers are architecture majors at Kansas State and students who are taking art classes.

“I do big business with the architecture department for their metal building supplies,” Ridder said.

Ridder herself has connections to K-State. After growing up in northern England, Ridder came to K-State to work on her master’s degree in historic preservation.

Ridder said her favorite part of running a store in a college town is seeing students grow up as they move through their time in college.

“When they come in as freshmen, and then it doesn’t seem like any time at all before they’re grown up and graduated and they’re going on to do other things,” Ridder said. “It’s really nice to see them growing and changing over the years. It’s really fun. I really get a kick out of how much people change over their university time.”

The store also attracts people from outside of the K-State community because Ridder said she carries products that cannot be found at other craft and art supply stores, like printmaking supplies, boards and plastics.

This weekend, Little Apple Art Supply will be holding its spring sale. Ridder said items storewide will be between 10 and 50 percent off. 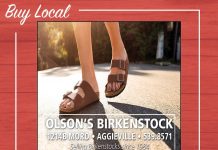 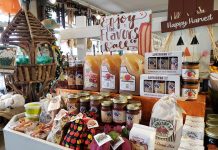 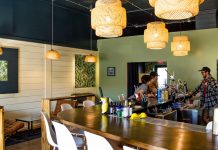