Food culture has always been deeply personal for consumers of the internet age, especially for those choosing to forgo red meat.

Vegetarian-leaning arguments often include the idea that killing animals for food is cruel and unethical since non-animal food sources are plentiful. But aiming vegan and vegetarian rhetoric toward the general consumer may prove fruitless because for some, giving up meat is impossible. It’s just too damn tasty.

But there is an alternative: enter “flexitarianism.”

Flexitarianism is a growing diet trend focused on promoting plant-based alternatives to a growing meat-heavy lifestyle. A flexitarian diet is fundamentally still within the vegetarian realm, just with the added leniency of consuming meat where needed (hence the catchy name).

With the onslaught of health and food articles pitching new diets for consumers, it can be tiring to hear about another new diet as the way forward. The flexitarian diet, however, is uniquely based around (what else?) flexibility for the consumer’s health and budget.

It’s a unique diet that isn’t quite vegan or vegetarian, but not the same thing as being an omnivore. In fact, consumers on a flexitarian diet attest that it isn’t as much a diet as it is a lifestyle choice. It has none of the rigidity of the keto diet, or the discipline and stamina required for intermittent fasting.

So why embrace the flexitarian diet? Because it has all the strengths of a vegetarian diet and a regular diet.

One of the problems with fully accepting a vegetarian lifestyle is the issue of, “What do I eat during a non-vegetarian lunch or dinner gathering?” Some would even have to give up their favourite foods completely, i.e. fans of Kansas City barbecue.

For many, social situations are where diet plans are ultimately put to the test — which is why the flexitarian diet is appealing, purely because its room for flexibility makes it a more realistic diet to keep up for the average consumer.

With meat always raising its hefty price tag for disgruntled college students, it can be difficult for college students to fit beef, pork or other meats into their diet. However, even when dining out, vegetarian options are often cheaper than their meaty counterparts. An added benefit of going flexitarian is how much you get to save by cutting down significantly on your meat.

While peer-evaluated research has revealed that the body mass index and calorie intake of vegetarians are lower than that of non-vegetarians, it has also shown that vegetarians are at risk of being low on their intake of certain key vitamins and minerals. Flexitarianism is the happy medium between the two diets that doesn’t cut out the protein benefits of meat while also contributing to a healthier lifestyle.

Conrad Kabus is a senior in food science and industry. The views and opinions expressed in this column are those of the author and do not necessarily reflect the official policy or position of the Collegian. Please send comments to opinion@kstatecollegian.com. 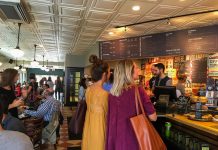 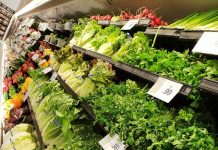 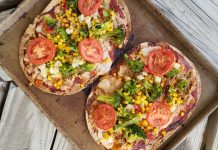 Holistic health: How to eat a plant-based diet as a college student

OPINION: Being a vegan is a healthy alternative lifestyle