Pat Bosco, vice president of student life, said he believes the mission of the office is being fulfilled with the Dec. 4 hiring of Adrian Rodriguez. Rodriguez was hired as the associate vice president for student life of diversity and multicultural student affairs, after a two-year-long search following Myra Gordon’s 2015 retirement.

In his short time in the position thus far, Rodriguez has already started implementing his plans for how the office will look moving into the future.

“Adrian, [along] with our students, is currently exploring the current landscape and ways we can increase student success among our underrepresented students,” Bosco said.

Bosco said that while there are many facets of the pending plans, a top priority is graduation and retention rates of multicultural students.

“It is not unusual for someone new to look at what is working and explore how we can build upon past success,” Bosco said.

The proposed changes to the office would maintain the previous structure and programs that existed in the office when it was part of The Office of the Provost before it was reassigned to the Office of Student Life in the fall semester.

Rodriguez said he is trying to infuse additional support and focus to undergrad student development in cultural competency in addition to starting engagement efforts for multicultural students while they study at K-State.

“The focus of the work of the office is primarily geared to students. Initially, we will provide cultural competency development through co-curricular learning, education, and training programs but the goal will be to provide a blend of both curricular and co-curricular experiences that lead to a student’s valuing multiculturalism and intercultural mindset,” Rodriguez said.

Connor Cart, sophomore in open option, said the changes are a well- timed shift aimed at addressing some of the racially charged issues that occurred on campus last semester.

“I think that we are in a really turbulent time with our generation and seeing that our leaders are taking a step forward to try and bring everyone together no matter what race you are is a great thing that needs to happen at our school,” Cart said. 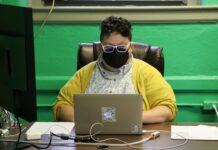