The NBA and NBPA entered into negotiations about ending the rule that prevents high school seniors from entering the program, ESPN’s Adrian Wojnarwoski reported on April 25.

The NBA and NBPA conversations on eliminating the one-and-done draft rule — which would allow high school seniors to enter the NBA — are centered on the 2020 Draft as the earliest possible date for change, league sources tell ESPN.

That fact, combined with the recommendation of the NCAA’s Commission on College Basketball, headed by former Secretary of State Condoleezza Rice, to end the one-and-done rule, may spell the end of the practice of players spending one year in college before going to the NBA.

It should be noted that the one-and-done rule is the NBA’s rule, not an NCAA requirement, and any action to end it will come from the professional side and likely will not occur until the 2020 NBA Draft.

This change, if it occurs, will ultimately be a good change for players, but a bad change for middle-tier programs and the NCAA as a whole.

Obviously, this change will skim the very top of the athletes from college basketball. The best of the best players, guys like Oklahoma’s Trae Young, will forgo college completely and enter the NBA’s G League, or the league itself, immediately after high school.

This will have an interesting effect on the NCAA as a whole. The stars who national media talk about and who drives a lot of the national TV games, such as Young, will be gone. That media will now, however, have multiple years to hype up the same athletes.

It is possible that the long-term exposure of these athletes will be a net positive for TV advertising revenue over four years for the NCAA.

The possible change will definitely hurt middle-of-the-road power conferences, such as K-State, and top-tier mid-majors, such as Gonzaga, because the type of four-year players those programs are built around will become the target of blue-blood schools such as Kentucky.

The class of players that Kentucky’s John Calipari, for example, generally recruits will be split in two groups. Some of them are truly ready for the NBA and will head off to the league, some will be headed to the G League and some will end up in college for the whole time.

The Dukes and Kentuckys of the world will still get the top recruits. That will never change. The gap between those schools and the schools right on their heels will widen as the type of talent recruited by those schools will head to the blue bloods.

Those players will get into a situation where they are playing for some of the best coaches in the country and developing further in their four years than they would at a mid-major.

Players will be the big benefactors of the possible change, though. The players will ultimately have more autonomy to make the best choice for them.

The risks will be higher for each player, but they will also have the ability to go pro immediately and get paid immediately while devoting all of their time to basketball development.

Again, these changes are still up in the air, and would not even occur for another few years, but they likely will be good for players and bad for programs.

Nathan Enserro is the assistant sports editor for the Collegian and a sophomore in public relations. The views and opinions expressed in this column are those of the author and do not necessarily reflect the official policy or position of the Collegian. Please send comments to opinion@kstatecollegian.com. 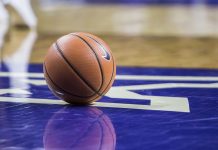 What to Watch: Basketball and the Pro Bowl