As a result of the university-wide budget recalls in October, the Department of Modern Languages will offer only one Italian course in fall 2018. Courses typically scheduled for the fall semester like Italian I and Italian III have been canceled.

The discontinuation of Italian courses will cause the loss of one faculty member: Alessia Salamina, a visiting assistant professor. Salamina was not available for comment.

Tuition committee: Increases could be smallest in over a decade

The department will only offer Italian for Travelers in the fall. Derek Hillard, head of the Department of Modern Languages, said the department relies on instructors in the area to teach that course, and that will be the case for next year.

The only other Italian offering at Kansas State this fall is Italian Diction, a one-credit-hour class designed for students studying vocal music. The course is presumably unaffected by the cuts in Modern Languages because it is taught by the School of Music, Theatre and Dance faculty.

Hillard said the modern languages department has moved some course offerings to evening college and combined some sections of lower-level courses to accommodate the budget recall. Cutting Italian courses, Hillard said, was a decision made by modern languages faculty.

“In the case of Italian, the faculty in modern languages had to look at our level of funding that we have and make some decisions,” Hillard said. “The decision that the faculty recommended was to finish out Italian to the best of our ability, to allow as many students to go as far as they could with the language and then to reduce the courses that would be offered.”

Hillard said cutting Italian courses would not cause the loss of a program because K-State does not offer a proper program in Italian.

“I think it should be remembered, as well, that our department doesn’t have a minor or a program in Italian because a program means that you are awarding a degree,” Hillard said.

Without a proper budget in place for faculty under an Italian language program, Amit Chakrabarti, dean of the College of Arts and Sciences, said the funding for Italian faculty comes from what he calls a “soft money bucket,” which is separate from the general university budget.

“This soft money comes from someone leaving, someone retiring, so you can pull it together and that’s your soft money bucket,” Chakrabarti said. “It’s still financed by tuition and other things, but it’s kind of a soft money bucket that various departments ask for, and modern languages receives a large sum of that soft money bucket.”

Current modern languages students will not see many changes in the department next year, Hillard said.

“We’re going to maintain that presence of the Italian for Travelers course, but in our department as a whole, students will have … the typical range of courses that we have to offer,” Hillard said.

As for students partway through the Italian curriculum — like Abigaile Molzer, sophomore in anthropology and international studies — arrangements have been made so they can complete a foreign language requirement with two semesters of a different language. However, Molzer said this solution does not help students who need four semesters of a concurrent language or want to be proficient in Italian.

“I have one friend in particular — what he’s dealing with is to go to grad school, and you have to have four semesters of a consecutive language, but he’s graduating next year,” Molzer said. “He doesn’t have time to take four semesters of Spanish or four semesters of French. He was halfway through Italian and is now trying to find a way to get another two semesters of Italian with the program cut. He has to be able to do that, otherwise a lot of grad schools won’t accept him.”

Molzer said the absence of Italian courses at K-State will affect other students who travel to Orvieto.

“You tend to choose where you’re going to study abroad, and then you try and take at least one course of the language, if it’s through K-State or if it’s through Duolingo or anything really, just to give you a few pointers,” Molzer said. “Now students will no longer have the option to take Italian before going to Italy, which … is the flagship for Architecture, Planning and Design — almost every student goes to Italy for at least a semester — so they no longer have that option.”

However, Hillard said the change at K-State will not interrupt opportunities for students to enroll in Italian courses in Orvieto.

“There are instructors in Italy that the program can draw upon to enable students to enroll in an Italian course there, and in some cases, instructors who may once have taught at K-State — instructors who have worked with K-State populations in the past who are in Italy — they may be able to assist with this student need for Italian courses in Italy, in Orvieto,” Hillard said.

In January, The New York Times published an article on the nationwide decrease in international student enrollment, mentioning that K-State would cut its Italian courses due to a trimmed budget. In reference to that article, Hillard said it didn’t tell the whole story.

“The reporter, from what I recall, did not mention the historical decline in state support for the university and for very worthwhile endeavors such as language learning, and I think that says so much about some of the challenges that higher education faces,” Hillard said.

Every college at K-State was affected by the fall budget recall, which reduced the university’s budget by about $12 million dollars. Chakrabarti said the department handled the budget recall by strategically hiring faculty and retaining as many course sections as possible.

“We have tried very hard to protect our classes,” Chakrabarti said. “Whenever we saw the waiting lists, we are trying to open sections, meaning putting people there. I do not think that will be immediate, big impact on to students. They will be able to take the classes that they want to take.”

“Philosophy had lost some faculty that we could not immediately hire back at tenure track,” Chakrabarti said. “So what I did is that I put some visiting faculty positions to supplement their tenure track faculty lines to make sure that the quality of the program remains intact. So, we are vigilant. We take quality very seriously.”

Hillard said it is “regrettable” that K-State cannot offer more Italian courses at this time.

With limited resources comes cuts and compromises. For many K-State students, the absence of Italian language courses will not have much affect. But for students like Molzer, the cut comes with adjustments that they could not have predicted.

She said she wishes she had started taking Italian in her first semester at K-State.

“I’m actually planning on going back to Italy — I’m going next spring for spring break,” Molzer said. “I also have an internship set up when I graduate, and I’m going to be in Naples for a few months, and now I’m having to seek out other opportunities to learn the language because they decided to cut it and not even give the students who are halfway through the year to finish up.” 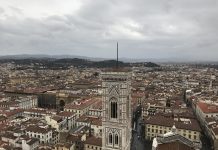 Culture shock and COVID-19: My experience studying abroad in Italy during the outbreak 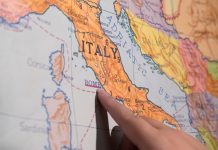 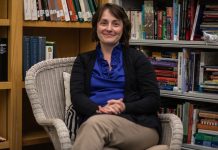