Home Community Opinion OPINION: Give country music a chance despite its image problem

“I like all kinds of music, except for country.”

How many times has this been said? I don’t speak for anyone else, but to me, this statement is verging on the cliche.

The country genre encompasses so much music, as much as hip-hop or alt-rock or electronic dance music. Surely it can’t all be bad, right? Even the new stuff.

So why is this enormous swath of modern music being entirely discounted by so many? What did it do wrong?

While I was attending Kicker Country Stampede, I leveled this question to a few guests: Why do you think people don’t like country music?

“I like every kind of music,” Chaffin said. “I played violin for nine years. That, and I went to a dozen raves, but I still love country because I’m from Texas.”

Not everybody can shrug it off by saying country is in their roots.

I’m totally comfortable with saying that a genre of music was not made for me as its intended audience, but to say that I am free from trying something out because it was not made for me discounts the rise in popularity of rap and hip-hop outside urban communities. It’s okay to like a genre that wasn’t “made for you.”

Modern country has picked up some hip-hop and other musical influences as well, creating the “bro country” sub-genre commonly associated with Florida Georgia Line and others.

“It’s a bit more poppy, but the message is still the same,” Mills said. “Be yourself. That’s what matters.”

Zach Cooper, Kansas State alumnus of the College of Education, said he agreed with this sentiment.

“We definitely aren’t in the Johnny Cash era,” Cooper said. “Today’s music is going to try to appeal to a younger generation, going to try to put a hip-hop spin to it, so it’s kind of going away from the true country that I fit in, but it’s still not too bad. It’s got a catchy tune to it, something you can vibe with driving down the road.”

One thing I noticed during Country Stampede was how many older bands there were, how time didn’t change them and how there was a marked difference between each band.

Broseph doesn’t sound the same as Florida Georgia Line, though they both are a part of modern country. Each one has different strengths.

“A lot of people think all country music is just steel guitar and fiddles, and it’s not,” Boardman said. “I think they should just give it a chance because it’s a lot better than a lot of people think. … I think people just have a misconception of what they think it will be.”

Think of that genre of music that you didn’t always know about, but love now. How did that start?

You found one song or a friend recommended an album that you just listened to over and over again until you said to yourself, “I want to listen to more stuff like this.”

You search YouTube or Spotify and find some bands that don’t really do it for you, even if plenty of other people like them, and then you find it: a second band to love in this genre.

Country music is not an exception to this experience. There’s something out there for you, and there’s no reason to say, “I like all kinds of music, except for country.”

Micah Drake is a senior in English. The views and opinions expressed in this column are those of the author and do not necessarily reflect the official policy or position of the Collegian. Please send comments to opinion@kstatecollegian.com. 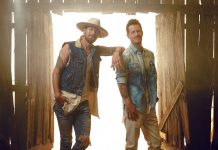 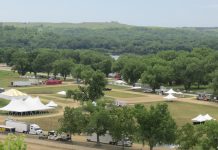 The lowdown on the hoedown: Important info for Country Stampede-goers 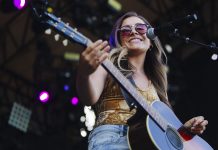 OPINION: What happened to country music?