Home Newsletter Recap In my defense: PhD candidates reflect on the journey to their dissertation...

For many Kansas State students, a capstone course and sometimes an internship can mark the completion of a bachelor’s degree. However, for graduate students, that last hurdle before completing a master’s degree or a Ph.D. is the defense of their dissertation.

Amy Davis, graduate student in curriculum and instruction, is on her way to earning a Ph.D. She will present and defend her dissertation on July 11.

Before pursuing graduate school, Davis said she worked as a classroom teacher, then as an English as a second language teacher and then as an ESL learning coach working with other ESL teachers and administrators.

“Needless to say, some of them were very consistent with their instruction, and others were not as student-centered as I would have liked to have seen,” Davis said. “I wanted to create an intervention that would meet their linguistic needs but also help them to have access to science content.”

Davis saw improvements to be made, and she said that is what motivated her to pursue a Ph.D. The research she has compiled during her three years attending K-State is presented in her dissertation “An Integrated Literacy/Science Intervention for English Language Learners in Grade Three.”

The intervention outlined in the dissertation, Davis said, is based on authentic communication, explicit vocabulary instruction and strategies to develop reading, writing, listening and speaking skills in consistent and relatively brief manner.

“It sort of gives a framework for ESL teachers to have something to say, ‘Okay, if I’m going to work with these kids during this time frame, I need some sort of structure. I need to know what I should be focusing on,’” Davis explained.

Davis said she used district mandated science curriculum and “infused it with specific strategies” so ESL students can build their language skills.

“Science has really complex discourse patterns, has very complicated academic language,” Davis said. “That was a content area that I knew that if I started there, that that would be helpful for them. So I’m not necessarily using a curriculum, I’m adapting what’s already there but then just infusing it with different methods and strategies to help them develop their language.”

A new way of networking

Another Ph.D. candidate, Nethali Fernando, presents her doctoral dissertation defense today. Fernando, graduate student in mathematics, said she enjoys math because there are multiple ways to get to an answer, but she said she did not initially plan on pursuing graduate school after earning her bachelor’s degree in Sri Lanka.

Fernando worked as a business analyst for two years, but she said she started feeling bored in that job.

“I’m like, ‘My brain is not working like it used to,’ and I felt kind of like I’m getting dumber by the day,” Fernando said. “I was getting promoted, but I think it’s some kind of, you know, you need to keep challenging your brain, a need that I had.”

Fernando has been at K-State since August 2013.

Fernando presents her research on network theory in her dissertation, “New metrics on networks arising from modulus and applications of Fulkerson duality.”

Fernando said said her studies examine a more generalized way of calculating distances between points within a network.

“What we did is to find a new method to calculate the distances between these nodes, or these hubs, and the method is actually coming from a different field of mathematics called complex analysis,” Fernando said. “We took that concept into here. The graph theory is the more mathematical term that we use for network theory — so it’s the same thing. We used graph theory to come up with a system to calculate distances between these nodes.”

Fernando gave an example of a network: Facebook. There is a notion of distance, she said, between people on that network set by mutual friends and other types of connections. A second example: the brain.

“There are people who try to find cures for Alzheimer’s who think of the brain as a network, and then they calculate the distances between these different nodes and they try to find how long does it take,” Fernando said. “Some form of distance to understand how it’s a healthy brain or not.”

Because of this wide range of application, Fernando said her method has a variable tuning value named p.

“Are you looking for having many paths between the nodes, or are you looking at if there are shorter paths?” Fernando said. “Depending on what you’re looking for in terms of this, you can change the metric that I have come up with to suit your needs. So it’s more flexible than compared to what we already had. It’s a more general thing that you can fine-tune to your needs.”

Davis likened getting her Ph.D. to a “mental marathon.”

“It is a mental marathon for sure,” Davis said. “But I think it’s one of the best things that I have ever done for myself, because it has changed my life. It’s changed the way I think, how I interact with people. It almost raises you to a level of a whole different thought processes.”

Academic writing is critical in doctoral programs; dissertations can reach over 100 pages long. Davis said with academic writing, you can never go from point A to point Z without having some steps in between.

“For my pilot study, I did eight weeks of it and then I wrote up my preliminary results,” Davis said. “I literally thought I was going to die. It was a 40-page paper, and I was like, ‘I can’t do this. How am I going to write a dissertation? Like I can’t even write this stuff up.’ But then, it was like it prepared me to take the next step, to write the dissertation.”

The dissertation is a project in itself, Davis said. In preparing her defense presentation, her dissertation has undergone revisions.

After earning her Ph.D., Davis said she has a temporary contract with K-State to work with the Center for Intercultural and Multilingual Advocacy and will try to get some work published.

“Hopefully, I hope to get a position somewhere in the United States at a university; I’d like to work and do some further research in the area that I have spent so much time in,” Davis said.

Fernando also intends on working in higher education. She said she has accepted a position as a lecturer at Northern Arizona University in Flagstaff, Arizona.

Finishing her Ph.D. at K-State is relieving and saddening, Fernando said.

“It’s like you have to let go of your baby, right?” Fernando said. “It’s like for three years this was the stuff I had been working with, and I have gone to many, many conferences and talked about my stuff, but I feel like defense is a lot more stressful for some reason. It’s different, but I am excited to be done. I am ready [to go] to the next chapter.”

Editor’s note: An earlier version of this story contained a profane word, which has been removed at the request of the source. 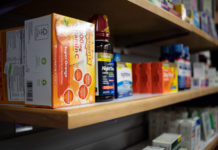 University to offer online public health certificate in the fall