Home Culture Reviews REVIEW: “Ant-Man and the Wasp” makes for a buzzkill sequel

“Ant-Man and the Wasp,” the latest installment to the Marvel Cinematic Universe, debuted this past weekend, and the shrinking heroes’ size matched how little I ended up liking this movie.

After the events after “Captain America: Civil War,” Scott Lang/Ant-Man (Paul Rudd) is stuck on house arrest and is forbidden from contacting Hope Pym/The Wasp (Evangeline Lilly) and Hank Pym (Michael Douglas). However, following a strange dream about Hope’s presumed dead mother, the Pyms break Lang out of his house to try to rescue her from the Quantum Realm, the space beyond the subatomic level.

If I hadn’t watched this movie with the intent of reviewing it, I probably would have enjoyed it a lot more. Marvel features are almost always “popcorn movies.” If you like snappy humor and dynamic fight scenes and can turn off your brain to ignore all the unanswered questions this movie poses, I would definitely recommend it. But if you were hoping for something more memorable, stick to “Spider-Man: Homecoming” or the original “Ant-Man” for your bug-related superhero flicks.

The main reason this movie fails to hold my interest is its villains. While the MCU had been getting better about showcasing well-developed antagonists, “Ant-Man and the Wasp” chose quantity over quality. The main villain featured in the previews is the enigmatic Ghost, a figure who can phase through objects.

I wish Ghost had been the only antagonist.

The other two forces working against Lang and the Pyms are the FBI, naturally because of Lang’s legal record, and a black market dealer who wants the Pyms’ technology. The three take turns at hampering the team’s goals. While this makes for good, fast-paced action, it diluted the emotional conundrum that became apparent in the second half of the movie.

Antagonists aside, I found myself more annoyed with the lack of explanation about the Quantum Realm. In the first “Ant-Man,” we are led to believe that this is just the space between atoms. When characters shrink to this size, it is supposed to be near impossible to return to their original size.

In “Ant-Man and the Wasp,” the Quantum Realm apparently is no longer just a state of being, but an alternate dimension like the ones explored in “Doctor Strange.” Navigating this space and the odd energy it apparently has is never explained despite its necessary plot importance.

The redeeming points in this movie are in its humor and heart with Lang’s daughter, Cassie (Abby Ryder Fortson). The relationships between father and daughter, both with the Pyms and with the Langs, emphasize the importance of family and supporting your loved ones. When it comes to children in the MCU, Cassie is definitely my favorite. (Never mind the fact she’s the only kid with screen time, unless you count Peter Parker/Spider-Man.)

If “Ant-Man and the Wasp” learned anything from their first movie, it was to show more of Lang’s size-changing powers and his ex-convict friends. The funniest parts of the movie include Luis (Michael Peña), Lang’s fast-talking co-owner of X-CON, their security support business. He and their other co-workers never failed to make me smile, and I loved seeing how Lang’s powers both helped and hindered their goals in hilarious ways.

Overall, “Ant-Man and the Wasp” is good for a few laughs and fun with a unique superpower, but the plot could have used some help. If you chose to watch this movie before “Avengers: Infinity War,” be aware that the post-credits scene does contain a spoiler since these movies happen somewhat concurrently.

Stephanie Wallace is a writer and copy editor for the Collegian and a graduate student in cultural studies. The views and opinions expressed in this review are those of the author and do not necessarily reflect the official policy or position of the Collegian. Please send comments to opinion@kstatecollegian.com. 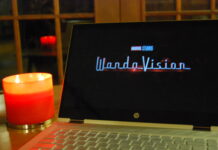 REVIEW: ‘The Haunting of Bly Manor’ invokes the horrors of mortality 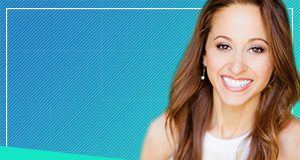 REVIEW: Tune in to ‘theNewsWorthy’ for a news podcast on the...