When I browsed the State Library of Kansas’ 2018 Notable Books list looking for my next read, I was still in the mindset of reading another memoir. But, my eyes stuck to a title I appreciated, “To The Stars Through Difficulties” by Romalyn Tilghman, and I found that this realistic fiction novel touched on many topics I’m interested in: female leadership, libraries and small-town Kansas.

Tilghman’s novel nods at the hardiness of people in northwestern Kansas, as the nearby (fictional) community of Prairie Hill, Kansas, is leveled by an EF-5 tornado. Gayle, an older woman who lived in Prairie Hill, struggles with coping with the aftermath of the tornado and the decision to rebuild their home or not.

In the next town over, New Hope, doctoral student Angelina Sprint is visiting to conduct research on nearby libraries that were financed by Andrew Carnegie in the early 20th century. She knows New Hope because her late grandmother lived there and helped bring the town’s Carnegie library to life, which now operates as an arts center.

Another town outsider, Traci Ashe, relocates from New York City to New Hope as the arts center’s artist-in-residence. Written between the perspectives of Gayle, Angelina and Traci, “To The Stars Through Difficulties” tells the complex story of legacy, heritage and tradition through multiple perspectives.

What I found charming was that Tilghman described northwestern Kansas culture almost to a T. Some aspects of that culture felt so stereotypical to me because I was raised around it, but to those who have not, it would just be something new. My hometown is Palco, Kansas, and I know from being in close proximity with the slightly smaller town of Damar, Kansas, feuds between communities can set the tone for local politics, as Prairie Hill and New Hope are not only divided by their luck in the storm.

With its primary focus on community enrichment, the novel weaves in secondary plot lines to engage the reader with some humor and some suspense. Family and romance become intertwined into the stories of Traci, Gayle and Angelina, some of which I disliked at their onset, but every thread resolves in a sensible way.

I also enjoyed how this novel portrayed older rural women. In novels and movies, it’s easy to cast off old female characters as just a grandmother, just an old lady. While many of the women in the quilters’ group that convenes in the arts center have many of the traits of older rural women (they care very much for their children and grandchildren, they keep up with others’ happenings in the community), they are not devalued for being traditional and grandmotherly.

In fact, it’s the older women in those two towns who set out to keep the New Hope arts center funded, and even more. It is a direct parallel to the stories of past New Hope women like Angelina’s grandmother who led the movement to get a Carnegie library in their town.

Perhaps my only nag about the book was that sometimes dialogue seemed too rushed or forced. At times, particularly when a resident is giving one of the new characters more information about the town and its culture, the dialogue seemed to over-explain what they meant to say. They knew themselves too well. In those instances, if they were real people, the characters might not have been able to enunciate the subtleties of how people around those parts think, act and feel, so it would have made sense for them to take a pause and think, or to express the same notion in a more colloquial way.

“To The Stars Through Difficulties” is a well-researched, good read for those of us who may want a taste of home in rural Kansas, those who want to learn about it and those who just want to read something different. It’s not every day when you hear about a piece of fiction set in Kansas other than “The Wizard of Oz” or some episodes of “Supernatural.”

Dene Dryden is the Collegian’s editor-in-chief and a junior in English. The views and opinions expressed in this review are those of the author and do not necessarily reflect the official policy or position of the Collegian. Please send comments to opinion@kstatecollegian.com. 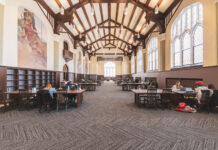 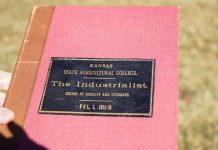 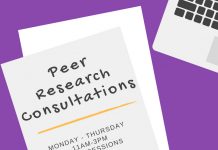