At Kansas State Football Media Day on Monday, head coach Bill Snyder said he could see himself continuing to coach for “quite some time” and he sees no “particular end in sight” to his coaching career.

Following the 2016 season, Snyder was diagnosed with throat cancer. After a long battle, he overcame the cancer and was back on the field last season.

At 78 years old, Snyder continues to be a testament to the idea that age is just a number. He is the oldest head coach in college football, and today Snyder signed a new five-year contract extension. By the time the contract expires in 2022, he will be 83 years old. The next oldest coach in college football is Frank Solich, the head coach at Ohio University, who is 73

Snyder is heading into his 27th season at the helm of K-State football. Since taking over in 1989, the hall of fame coach has posted a 210-11-1 record.

In 1991, after just two seasons, Snyder led the Wildcats to their first winning season since 1970. His efforts in leading K-State football has often been referred to “the greatest turnaround in college football history.”

There are some details to Snyder’s contract.

Kellis Robinett of the Wichita Eagle reported that if K-State were to terminate Snyder without cause, they would have to pay him a $3 million buyout.

It has been widely known that the legendary coach has often stated he would prefer his son Sean, who is the special teams coach for the Wildcats, to follow him as head coach at K-State. 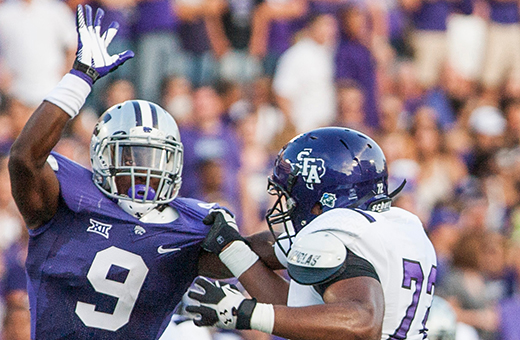