Home Community Opinion OP-ED: 1 in 5 students struggles to buy food. Here’s how you...

Editor’s note: Got an opinion or other statement you’d like to share with K-State? Let us know by emailing us at letters@kstatecollegian.com

We come to Kansas State University to better ourselves. As former university president George Fairchild once said, “Our college exists not so much to make men farmers as to make farmers men.”

However, with the current financial hardships that K-State creates for students attending our university, dreams and opportunities may be shattered before our eyes.

In 2015, K-State released a campus climate survey that showed approximately one in five students had difficulty affording food. This is higher than what the USDA reports nationally, with roughly one in eight households in the United States having the same difficulties.

On top of financial hardship, struggling to find where your next meal comes from affects your academic performance. Students can’t learn if they are going to class hungry.

Fortunately, our campus has created Cats’ Cupboard, an on-campus food pantry open to students who may need some extra help. This addresses food insecurity on our campus on one front, but I don’t think it’s enough for our students and the one in 12 Kansans who are struggling to find food.

The first line of defense against food insecurity across the nation is the Supplemental Nutrition Assistance Program, also known as SNAP.

According to the Center on Budget and Policy Priorities, SNAP kept 73,000 people out of poverty in Kansas in 2017, including 38,000 children.

These are some of our nation’s most vulnerable. No American should go hungry, especially in Kansas — the world’s breadbasket.

Our elected officials in Washington have been working on the farm bill, with SNAP being a critical piece of it. Historically, the farm bill has been bipartisan in nature.

The Senate passed its version of the bill with a vote of 86 to 11, with overwhelming bipartisan support. The Senate protected SNAP and strengthened the program overall.

However, the House of Representatives passed its version on party lines with a vote of 213 to 211.

The unfortunate thing here is that this bill imposes harsh restrictions on SNAP recipients. This includes proposals to take food assistance away from millions of Americans via harsh time limits, reduced state flexibility by limited “categorical eligibility” or punitive barriers such as permanently denying SNAP to people who’ve been previously incarcerated.

As students at K-State, we are presented with a unique opportunity. We currently have two members of Congress sitting on a conference committee that will decide the ultimate version of the farm bill.

Please, join me in urging Sen. Pat Roberts and Rep. Roger Marshall to say no to harmful changes to SNAP. I understand that we want Americans to find work, but it is quite difficult to find a job if you are struggling with hunger. This nation needs a bipartisan farm bill, especially with 40 percent of Americans struggling to make ends meet despite a strong economy.

Hi, my name is _______, and I am a student at Kansas State University. I urge (Roberts/Marshall) to follow the Senate’s lead in ensuring any final farm bill is bipartisan and protects SNAP, a program that helps more than 40 million Americans put food on the table. Keeping SNAP strong keeps families strong. Is (Roberts/Marshall) willing to do that?

This takes two minutes. Your call can help make a huge difference in lives across our nation.

K-State started as an agricultural college. Show Congress that the K-State family cares about our nation’s most vulnerable.

Jonathan Cole is a student senator, RESULTS REAL Change fellow and senior in mechanical engineering. The views and opinions expressed in this column are those of the author and do not necessarily reflect the official policy or position of the Collegian. Please send comments to opinion@kstatecollegian.com. 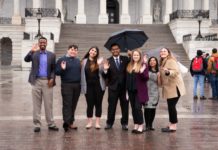 Letter to the editor: Housing in MHK is not safe or affordable. Let’s change that 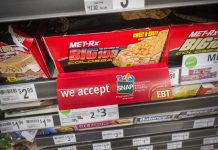