Home News Campus Out with the old: K-State moves into second year phase-in of modernized...

After using the same budget plan for decades, Kansas State moves into the 21st century with a restructured, modernized budget.

In the past, K-State’s budget plan emphasized enrollment, whereas the newer program has a primary focal point on credit hour offerings in each college to determine budgets, Jordan Kiehl, student body president and senior in industrial engineering, said in a student senate meeting.

Ethan Erickson, assistant vice president for budgeting and planning, said the budgeted money for each college will cover more of the departmental needs than the previous budget model. Essentially, programs will be rewarded for variety in courses, not just enrollment numbers.

“From what I’ve seen, all of our deans at Kansas State are very supportive of each other in terms of understanding how each of us will thrive in this new monetary environment,” said Tim de Noble, dean of the College of Architecture, Planning and Design. “We’re all in this together.”

Erickson said making structural changes to longterm plans is often difficult, but along with other faculty that took part in the modernization project, he said he believes this plan will be more efficient.

“In a lot of ways, this is not a budget project, it’s a change of management,” Erickson said. “This plan is a change in how the university looks at itself and about business.”

The 2017 academic year was used as an incremental year to brainstorm and study modernized models before committing to a program permanently, the project website said. This academic year, will begin the phase-in to allow the program to evolve as the year progresses.

K-State is not the first public university to use the credit-hour-focused budget plan; in fact, management from the university visited other land-grant institutions to determine piece together the new plan.

“Even though we are playing catch up, implementing this plan now will allow us to learn off other universities and, hopefully, take us less time to perfect it,” Kiehl said. 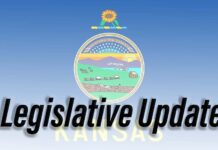 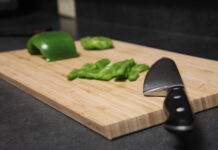 Living on a limited budget: A self-experiment