Amid the columns of Bosco plaza and the storm surge driving away crowds, the students of the Cat’s Cupboard were prepared to deliver its message of bringing awareness to the issue of student hunger.

Maggie Malmberg, sophomore in biology, said the mission was accomplished through the “Empty Plate Campaign” which encouraged students to write on paper plates and fill in blanks that read: “When I’m hungry I can’t _____” and “I can_____ to end hunger.”

“We take pictures of people with their plates and hang them up in Cats’ Cupboard to make a big deal of them,” Malmberg said. “We do this to show people there is a lot of support for ending hunger on campus and across the country.

While listening to the representatives from the Cats’ Cupboard speak, Tyler Brelsford, sophomore in political science, said he heard Riley County was one of the most food-insecure counties in Kansas.

“This is really surprising with us having a major university,” Brelsford said. “This largely stems from college students not making a lot of money and [therefore] cannot afford to eat sometimes.”

On a national scale, Feeding America reported that, in 2016, one in eight people were food insecure in the United States. Dialing back to Kansas and the state’s food-insecure population, 375,360 people are struggling with hunger.

In previous years, Kansas State has paired with organizations to combat the issue on campus. HandsOn K-State, a program through the Staley School of Leadership Studies, has helped run a mobile food pantry and a community food drive in partnership with the United Methodist Churches of Manhattan and Harvesters.

In terms of what the Cupboard typically handles, Malmberg said that on average, the organization helps about 20 students a day. The food pantry also helps students who qualify register for the Supplemental Nutrition Assistance Program, formerly known as food stamps.

“People should be aware of our services and really promote them to their friends,” Malmberg said. “A lot of people struggle coming down to the pantry because they may feel uncomfortable thinking there is a stigma, but we encourage people to come with their friends and make them feel more welcome.”

Rachel VanGilder, graduate student in the public health, said people can help by either donating food items to the pantry or donating time by volunteering in the pantry, particularly around the holidays.

“Every day, we see a different amount of students,” VanGilder said. “Their backgrounds and their stories are different.”

Students in need of food or interested in helping Cats’ Cupboard can learn more by visiting the food pantry in 009 Fairchild or by email at catscupboard@ksu.edu.

Editor’s note: A previous version of this article misspelled Maggie Malmberg’s last name. It is Malmberg, not Malberg. 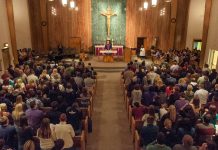 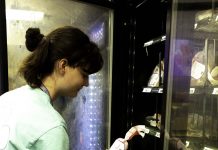 Plenty to be thankful for: Cats’ Cupboard provides support for food...