On Saturday, the Kansas State football team returns home to Bill Snyder Family Stadium to host the University of Texas, the 18th-ranked team in the country. The Wildcats and Longhorns will play at 2:30 p.m., with the game televised on FS1.

In wake of Saturday’s game, Ross Burkhart, the sports editor of The University of Texas Daily Texan, shared his thoughts on the Longhorns and the matchup with the Wildcats.

“The most important piece for Texas during the last couple of wins has been the excellent performances in the second half by the defense. This is a unit that entered fall camp with a lot of questions about how they’d respond after losing a number of players to the NFL Draft.

“Through the first four weeks, they’ve responded favorably, as displayed by the last two wins. It also doesn’t hurt that quarterback Sam Ehlinger hasn’t recorded a turnover during the team’s three wins, either.”

“So far, the biggest weakness for this Texas team has been how little they’ve gotten to the quarterback. They’ve only managed four sacks through four games this season and I think that’s exactly why Skylar Thompson could give the Longhorns more trouble than they’re hoping to have.

“If Texas can somehow turn things around and force a lot of pressure early, it could set the tone early in its favor, but I’m not sure what the likelihood is of that actually happening.”

How does Texas match up against K-State?

“At least through the first four weeks, Kansas State doesn’t appear as talented as it has in previous years. The offensive makeup for the two teams is a little different, but Sam Ehlinger, Skylar Thompson and Alex Delton have all displayed the ability to take off out of the pocket which always adds an extra dynamic when matching up against the quarterback position.

“Late during the first half of last week’s game, TCU quarterback Shawn Robinson was able to scramble for a good number of yards against the Texas defense which could present a matchup problem for the Longhorns once again, this week.”

What has turned Texas’ season around after a slow start?

“All throughout fall camp and even back into the spring, players and coaches, alike, were saying how this year felt different.

“Prior to the season, Tom Herman sat down with his leadership council of about 10-15 players and asked why this year would be different. Linebacker Breckyn Hager was the first to reply, saying “We’re having fun.”

“So, according to those within the program, at least, some of the biggest reasons that Texas is entering this weekend on a bit of a hot streak is because the game has been slowing down for them and they’re enjoying the process.

“I also think we’re seeing Sam Ehlinger start to benefit from playing in the same offense that he did last year and he appears to be more comfortable than he did back in week one against Maryland.”

What is head coach Tom Herman saying leading up to the game?

“Tom Herman, as he said during this Monday’s press conference, realizes that even though his team is playing well right now, they can’t overlook this game.

“The program hasn’t won in Manhattan since 2002 and Herman has put a big emphasis on trying to get his players to move past previous wins and look forward to this week.”

Who will win and why?

“I think on Saturday, we’ll see a game in which Texas doesn’t look as strong as it has during the previous two weeks and on the other hand, we’ll see a Kansas State team that generally plays a good game to keep it close for most of the way.

“With the Wildcat defense having given up over 400 yards per game thus far, I believe the Longhorns will score enough points on the offensive end to overcome a couple of early touchdowns from Skylar Thompson. I’ll pick Texas, 24-13.” 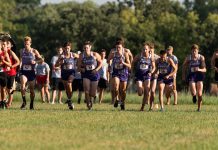 Some football players announce plans to return to workouts after boycott