Kansas State was built as a college of agriculture, but there is a smaller operation in the basement of Seaton Hall that can help communicate the work of producers to the consumers of the world, Stacy Hutchinson, professor of biological and agricultural engineering, said.

Hutchinson said she uses a single-barrel aquaponics system to help students learn about its use in sustainable farming practices. The system produces vegetables and fish proteins in a circular system where the waste from the fish feeds the plants that then clean the water for the fishes’ habitat.

“In an aquaponics system, you’re a little more sustainable, because you’re producing both the vegetables, the plant material as well as raising protein,” Hutchinson said.

Hutchinson said she oversees one barrel, but her system holds 250 gallons and it holds up to 200 pounds of fish once they’ve matured.

“There’s not much water left at that point, it’s just like a solid fish mass,” Hutchinson said.

An aquaponics system makes it easier to grow protein, unlike with traditional farming practices in beef and poultry, Hutchinson said.

Where it takes a lot of resources to grow those two types of meat proteins in agriculture, an aquaponics system allows for the growth of the protein and the carbohydrates that utilize the same nutrient pool in a circular system, she said. The only input into the system is food for the fish to consume.

“In a very small footprint, you can farm pretty high-quality protein as well as produce you’re vegetables,” Hutchinson said.

Hutchinson spoke at length about an aquaponics group in Kansas City called the Urban Farming Guys who have tackled a local food desert.

“Jason’s family and the group that he works with went in and set up a lot of garden plots, but they also run a barrel aquaponics system like I’m running,” Hutchinson said.“It’s rejuvenating that area through [an aquaponic] food production.”

“Crime has gone down, people are now wanting garden spots and he’s creating an entire economy off of the urban farming processes and aquaculture is part of it,” she said.

It was not long ago when almost 80 percent of the American population was involved in food production and today there is less than one percent, Hutchinson said.

She said efforts like the Urban Farming Guys and similar operations are where communication between the grower and the consumer are being revitalized.

In what she referred to as the “farmer’s market movement,” people are moving toward more niche or small-town operations that revolve around one-way consumerism and better education about food sourcing.

“You’ve got groups of people now that are producing food at scales that they’re probably not making a full living off of, but they’re connecting back in a way and producing sustainable, high-quality food product that can be sold locally,” Hutchinson said. 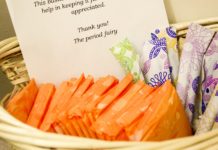 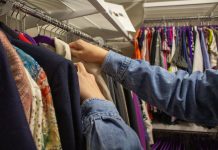 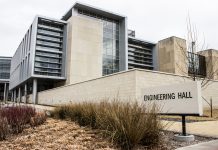