Brent D. Ryan, associate professor of urban design and public policy and head of the City Design and Development Group in the urban studies and planning department at MIT, lectured as part of the Oscar S. Ekdahl series on Wednesday.

Ryan focused the lecture on ideas from his 2017 book, “The Largest Art: A Measured Manifesto for a Plural Urbanism.” The book looks at how a urban design should be defined as plural rather than singular.

“Urban design, I think unlike other forms of building arts does not have a singularity to its form,” said Ryan. “Urban design can in fact be fragmented, but those fragments can still have a relationship to each other.”

Abbey Hebbert, junior in regional and community planning, said she found Ryan’s ideas interesting because they integrated a mix of aesthetic design and modern amenities.

“I really liked his take on plural urbanism and how we need to just accept how the world is going to function,” said Hebbert. “The principles of urbanism need to be able to flow with human life in order to be functional.”

When talking about the advancement of urban design, Ryan said democracy has impacted urban design throughout history. Ryan used ancient Russia as an example to show how strong political power influences infrastructure in cities.

“Some of the ideas I talk about in the book deal with the fact that cities are becoming larger and larger, and more complex,” said Ryan. “When a city becomes larger and larger, it seems to me that many of the ideas we had about urban design weren’t really appropriate to the types of cities we had, so for the large, complex, growing cities of today, I thought let’s try to reimagine what urban design can do.”

Greg Newmark, assistant professor of landscape architecture and regional and community planning, said that the Ekdahl series allows students and faculty to be connected to innovative thinking and resources.

“We are of course really fortunate, even though we are located far away from a lot of the hubs of innovation, we are able to bring people in to keep us connected,” said Newmark.

Stephanie Rolley, professor and department head of landscape architecture and regional and community planning, said architecture, planning and design students have the opportunity to hear from a professional in their field each semester.

“The Ekdahl series brings four lecturers here every semester and there is one that represents each of the four disciplines in the college,” said Rolley. “It’s really unique for a college to have a series like this and for it to be as robust as ours is.” 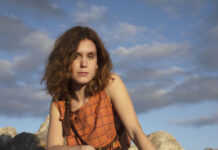 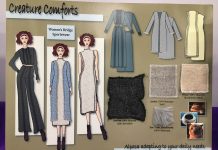