If you would like to write a review with the Collegian, send us an email at opinion@kstatecollegian.com to get started.

There was a time when Logic was a rising star in hip-hop, an old-school rapper, a talented, ambitious artist who sported the chains and kicks to prove it. He rolled out classics like “The Spotlight,” “Man of the Year” and “5AM.” He had conspicuous hunger and scintillating flows.

Those songs were all part of his sterling “Young Sinatra” mixtape trilogy, which includes 2011’s “Young Sinatra,” 2012’s “Young Sinatra: Undeniable” and 2013’s “Young Sinatra: Welcome to Forever.” The titles were a nod to Frank Sinatra, from whom Logic said he draws inspiration. He even termed his fans the Rattpack (Real All The Time), an ode to Sinatra’s Rat Pack.

Suffice it to say, Logic respected those who came before him and made sure his music reflected it.

In some ways, he still does. In others, though, Logic has changed so dramatically from his mixtape days that it’s fair to wonder if he’s still the same guy. In the last two years or so, he shaved his head, dropped two lackluster “Bobby Tarantino” mixtapes and rapped about being biracial so much that in the eyes of the Internet in 2018, he is nothing more than a meme.

That’s why I was cautiously optimistic about the release of “YSIV,” the fourth and final installment in the “Young Sinatra” series. Since Logic released “Welcome to Forever,” he has dropped three studio albums and two mixtapes. Five years have passed. On “YSIV,” could he resurrect that insatiable, scrappy, hard-hitting alter-ego and do it justice?

But maybe it isn’t his fault, and maybe it was always going to end this way.

I enjoyed a lot of this album. The intro track, “Thank You,” is a sequel to the “Undeniable” outro, on which Logic uses fans’ adoring voicemails. He’s heartfelt on “The Glorious Five,” a pleasant track that will remind hardcore fans of 2013’s “Feel Good.” And I loved “Wu Tang Forever,” an eight-minute joint that includes all eight living members of the Wu Tang Clan.

“Everybody Dies,” “100 Miles and Running” and “Ordinary Day” are all highlights for me, too. Logic is boastful, skillful and melodic on these tracks, respectively, a healthy balance that any rap fan should appreciate.

I love Logic. He’s my favorite rapper. But this album is exactly what I feared it would be: a referendum on the ways he’s changed as a person and the uninspired music he has made since he peaked.

Of course, this is all subjective. When did he peak? Some fans think “Under Pressure,” Logic’s first studio album, is his best work. Others side with “Everybody,” his third.

But “YSIV” was never going to be able to match the first three Young Sinatra tapes. For example: Logic sampled a litany of Star Wars quotes on those mixtapes, like Count Dooku booming, “As you can see, my Jedi powers are far beyond yours,” and “You have interfered with our affairs for the last time.” He also used “Bruce Lee: A Warrior’s Journey” to sample the narrator saying, plainly, “You are watching a master at work.”

Fans hoping to hear those samples surface on “YSIV” were always going to be disappointed. That’s because Logic didn’t sell any of the first three “Young Sinatra” mixtapes, so he was able to sample whatever he liked. But Logic made money off “YSIV,” so in order to use those samples, he would have needed clearance from the original creators, which isn’t easy to obtain.

Logic didn’t get clearance. So we didn’t hear any of those samples, with the exception of a fake, watered-down “You are watching a master at work” tag that one of Logic’s friends did his best to recreate for this album.

Let’s be clear: in the big picture, these samples are little things, and they didn’t make those mixtapes.

At the same time, though — and it pains me to say this — perhaps that does the best job of capturing the essence of “YSIV,” an album with good intentions, impressive maturity and fun throwback vibes, but for reasons that are his fault and some that aren’t, it’s an album on which Logic was never going to be able to rekindle the fire he showed in his earlier days.

Greg Woods is a sophomore in mass communications. The views and opinions expressed in this column are those of the author and do not necessarily reflect the official policy or position of the Collegian. Please send comments to opinion@kstatecollegian.com. 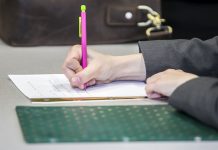