Whether it is life on the farm or being student body vice president, Lacy Pitts, senior in agricultural economics, is all about celebrating the little things in life.

Pitts recounted one of her funniest memories from growing up on a farm, her laughter filling the room. Once, her older brother Nate, while looking for the baseball he had thrown over the barn, found Pete, a horse, dead a few feet away from the ball. He thought he accidentally killed their old horse.

“‘Mom, I killed Pete,'” Pitts recalled. “It is the quintessential rural story.”

The story of Pete is one of many fond memories Pitts has of her childhood on her farm 15 minutes outside of Buhler, Kansas. The small town lifestyle she grew up with gave her the passion for helping rural communities grow their economies and developing opportunities to help them thrive.

Being the one to help rural areas understand their place in a government position is the dream, Pitts said.

One of the first steps in reaching her goals was coming to Kansas State. From the moment she attended the football game of K-State beating then-No. 4 University of Texas, Pitts was sure coming to K-State was part of the plan.

While K-State was a sure thing, being part of the Student Government Association was not. She described her path to student body vice president as an unconventional route into student government.

Pitts started working for Kansas Department of Agriculture as a freshman, and then she worked for Sue Peterson, chief government relations officer for the Office of the President. Through that job, she began working with SGA members and said she recognized the valuable work they did.

Sophomore year, Pitts ran for student senate and was selected as caucus leader for the College of Agriculture. Later, Pitts would run with Jordan Kiehl, senior in industrial engineering and current student body president, for student body vice president.

“SGA showed me what it was like to leave something better than when you first came to it,” Pitts said. “To be surrounded by an entire group of people whose soul passion is to make K-State better for years to come, is extremely gratifying and cool to be a part of.”

As a first generation K-Stater, Pitts said she recognizes the value of attending K-State and is determined to help make the opportunity more accessible to others. Because of her personal experience, Pitts said she is passionate about creating affordability and scholarships for students, particularly for students from rural and lower-income areas.

Pitts is also enthusiastic about legislative advocacy and said she is determined to share students’ stories to the statehouse to show why higher education is so important to Kansas.

From classes to SGA to being in a sorority and watching “Parks and Recreation,” Pitts said she finds joy in being involved in a variety of things. For Pitts, balancing these different aspects of life is a challenge, but an opportunity she will only experience in college that has helped set a great foundation for her future.

Like one of her favorite “Parks and Recreation” characters, Leslie Knope, Pitts strives to bring fun and hard work to her job in government in order to create lasting impacts. 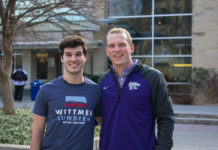 Lundeen aims to be an interactive leader, drive sustainability on campus 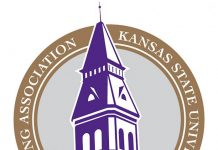