Corey Williamson, the new executive director of the K-State Student Union, has a stack of small cards in his office. On one side is the word “honor” printed in big, purple letters. The other has a few sentences printed on it:

“I am committed to fostering a Culture of Honor where we appreciate each other’s gifts and values. I celebrate you for who you are on your journey towards excellence.”

Williamson, who has only been on campus officially for about a month, said he’s excited for what the future holds.

“This is what I love to do and [I love] the fact that I can do it here, on my home campus that invested so much into me,” Williamson said. “K-State means a lot to me. It has been a world changer, if you will, for my family and I.”

He said he was just a child when he moved to Manhattan with his three brothers and single mother. As a child, he dreamed of being a Kansas City Chiefs player.

Williamson’s path to working at the union was not entirely straight. He said he got his undergraduate degree in kinesiology but realized his passion for education after a number of opportunities to work with students.

“As an undergrad, I had an opportunity to work in what we called Trio Programs,” Williamson said. “I was able to help students in middle school and high schools from under-privileged backgrounds envision themselves in college. A lot of the students I worked with did end up coming to K-State.”

Despite his newfound love for education, Williamson said he didn’t think a classroom setting was right for him. After he was encouraged to apply for a graduate position on the Union Program Council, he said he found more work that he was eager about.

“I was fortunate enough to get that position and I fell in love with the programming [side of] things,” Williamson said. “I realized how much there was to running the facility.”

Williamson said his day-to-day life does not follow a regular routine, which makes the job exciting for him.

“I think that’s the beautiful thing about working in the student union — no day is ever the same,” Williamson said. “Right now, my focus has really been getting out on campus, meeting folks, meeting my colleagues, meeting students, learning more about the institution.”

Williamson said he is working toward a goal of creating what he calls a “culture of honor.” There are a number of ways the union works to achieve this goal, he said.

“Creating that culture of honor is really the ultimate goal,” Williamson said. “We do it in a variety of ways. One example is I have the fortunate opportunity serve on the multicultural center action team. I just joined the team, so I can’t take any credit for anything that’s been done, but that really has me excited.”

Williamson said he wants students and faculty to be aware that the union is a place for everyone.

“One thing that is really important to me is that no matter who you are, as a member of our family, the student union is a place where you belong,” Williamson said. “I’m proud to be a part of that, that’s what I love doing, I love fostering that community.” 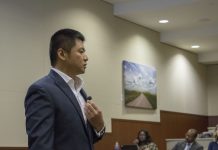 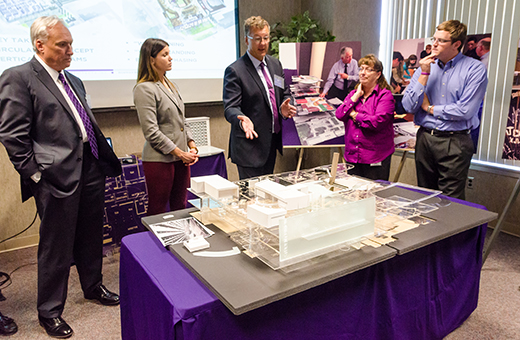