National Transfer Student Week, a week dedicated to the celebration of those who have decided to get their degrees in a non-traditional fashion, is recognized at Kansas State from Oct. 15 to Oct. 19. Events at K-State held in honor of these students typically involve coordination between transfer student ambassadors and advisors.

Some of the events planned for the week included a scavenger hunt followed by attendance of a K-State volleyball game, a Facebook Live event featuring current transfer student ambassadors answering questions about their experiences and the handing out of shirt buttons around the K-State Student Union.

Core said between 1,500 and 1,700 students transfer to K-State each year and become a part of a group that composes approximately 30 percent of the university’s student population.

“It is a very under-represented population in the country,” Core said.

“They’ve kind of been a quiet group,” Core said. “They transfer in, and they don’t always advocate for themselves. They don’t sometimes feel like they belong and they just want to finish their degree and get on with life.”

While transfer students may have been under-represented or unheard in the past, they are starting to garner more recognition, support and research from universities on top of starting to take their college experience into their own hands, Core said.

“Now they are starting to be a little bit more involved in and they want to have that complete college experience,” Core said. “And they’re starting to speak up and say ‘you know, I transferred in, but that doesn’t mean I don’t want to take full advantage of being in some of these organizations and activities that a typical freshman would have joined or taken advantage of.’”

Ellie Light, transfer student and senior in mass communications, said transfer students may keep their status on the down-low, but they are very involved in campus life at K-State.

“People don’t walk around with a shirt that says ‘I’m a transfer student,’ so unless you ask, you don’t really know,” Light said. “But there is several transfer students that are ambassadors for different colleges and they’re involved on campus in different ways.”

There are several factors that go into making a transfer student’s college experience positive, but some of the biggest players are those that make the transition process from one university to the next go smoothly, like Beth Stuewe, the K-State DirectLink coordinator for the Global Campus.

Stuewe is just one of many people at K-State and other universities and community colleges who work to make the process as painless as possible.

“All of the advisors here on campus understand the role that transfer students play in the population here at K-State and really, I think, do their best to try to make sure that those students’ needs are met once they’re here,” Stuewe said.

Some of the frustrations that come with transferring from one school to another include class credits not transferring, getting used to a new culture and atmosphere and attempting to have a positive college experience in a shortened period of time.

Light said she believes K-State has done a good job in its supporting of transfer students.

“I just want K-State to be recognized hopefully nationally as a comfortable and good place for transfer students to come to,” Light said. 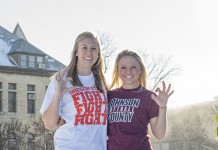