In the back of a sun-filled tour bus, Cleto Cordero calmly strums his acoustic guitar.

Flatland Calvary, a band based out of Lubbock, Texas, is touring across the country with their premiere LP “Humble Folks.”

Jason Albers, Cordero’s childhood friend and drummer, joined Cordero to form a cover band. After two years of covering music, Cordero and Albers booked a show at a local bar and premiered their first set as Flatland Calvary.

Cordero grew up listening to country classics like Alan Jackson and George Strait to fill an impressionable young mind. One of his biggest inspirations was John Mayer.

But the band takes inspiration from a variety of genres.

“The background for everyone in the band its different,” Cordero said. “Not necessarily just country, but I think it shows in the music.”

Having a diverse musical background helps the band break out of country norms. Cordero said he feels they never really wanted to mimic a certain sound. For him, the authenticity of the narratives and songs they perform are what matter.

sing whatever you want to,” he said. “Which I think is kind of how it should be. For everyone.”

When writing a song with the hopes to stay authentic, Flatland Calvary looks to their own lives as well as those around them for inspiration.

“I’m just one guy with one story … It’s way bigger than that … It’s just like observing people,” Cordero said. “You just try and find the truth in it all, I guess.”

Sometimes, creative liberties are taken to improve a story.

The fifth track of “Humble Folks” was inspired when one of their college friends put on an old cowboy hat.

“He looked like a Coyote, which is a person-smuggler, from Mexico to Texas,” Cordero said. “That’s what they call them … and the next day I just wrote that story. Man, what would it be if Roy was a Coyote. He was going to school for logistics …[Ideas are] all around us even it’s ridiculous, you can make a story out of anything.”

Talking about modern events in a contemporary style is how Flatland Calvary hopes to improve on the antiquated structure of the folk genre. Modern ballads share one thing in common with the ones our parent listen to, Cordero said: the emotions.

Older country music, he said, was less influenced by other genres.

“I think this is where the whole ‘Americana’ thing has been coming from … it’s putting together all these influences, and it’s just something new,” Cordero said.

One of the biggest differences since their start in 2014, has been seeing people from across the country coming out to shows and singing along.

“In the beginning you were just happy to play for anyone, but you know people are showing up and they’re happy, and they want to sing the songs,” Cordero said. “I didn’t think we’d ever get that far.”

Another element of the band’s success stems from the amount of time they spend on tour. In the last year, they started working with a California-based booking agency and have been on tour consistently since then.

Even though some nights are long and tiring, Cordero said he doesn’t want that to stop them from hopefully inspiring someone else.

“Go out there and give them what made you fall in love with music in the first place,” Cordero said. “Inspire someone else ’cause that’s what happened to you. If you go out there and do anything less than that, it’s like—what are you doing? We’re not guaranteed it, so we gotta go out there and enjoy it.”

Even while touring, Flatland Calvary works hard on their next project, hoping to give the world another album full of authenticity. The band’s newest album “Homeland Security” will be released on Jan. 18. 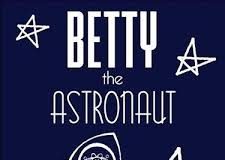