Dykstra, Wareham and Anderson are three names any K-Stater recognizes, but these men also held key positions in the local Freemason Society, housed by Lafayette Lodge No. 16.

Many people associate Freemasons with Dan Brown novels or Nicolas Cage movies with hidden treasures and deep agendas. In reality, they help the community through scholarships and character building.

Spangler said the masons donate to multiple charitable institutions, including the Flint Hills Breadbasket, Toys for Manhattan and Habitat for Humanity.

During an open house event on Sunday, Thom Jackson, former master mason, illustrated the origins from Stonemasons in the medieval times.

“The Freemasons began as a tradecraft that allowed masons to share skills and protect their craft,” Jackson said.

Later on in the history of the organization, it became a fraternity dedicated to developing the character of their members. Jackson said 14 presidents and nine signers of the Declaration of Independence were members of the order.

“Many of the members of this lodge have streets or buildings named after them,” Marvin Rodriguez, local mason, said.

Rodriguez said the group is not about personal gain, but socialization and philanthropic aid.

Meetings take place on twice a month on Thursdays and begin with a meal, a prayer and general meeting agendas, before members discuss what charitable causes they will work with and the potential memberships of hopeful Freemasons.

“Potential members have an investigation committee who focus on the character of the applicant,” Tommy Giordano, current master mason of the Lafayette lodge, said.

“The word of a Mason is solid,” Rodriguez said.

From Duke Ellington to George Washington, Masons are part of the culture and history in the United States.

Rodriquez said, specifically, a handful of stories from the Civil War and the Great Depression to highlight the compassion of the masons.

Throughout the open house event, Masonry members shared personal experiences of what they gain from being part of the organization.

“There’s no better place to gain character,” Rodriguez said. “Everyone is equal.”

The event served as an opportunity to invite the public to join the organization if interested. While Freemasons can’t ask people to join, Jackson said, people can ask to join.

The group offered petition letters that shared the core requirements to join, which include being 18 years old and having good character. These letters serve as applications to join the organization.

While one must have a belief in a Supreme Being, Freemasons are open to any interpretation of this idea. Rodriguez said former master masons use Qurans, Torahs and Bibles.

“When members apply, we meet their families because they are apart of this too,” Giordano said.

Walk to End Alzheimer’s brings awareness to the disease 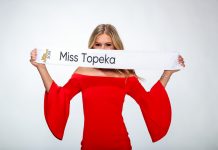 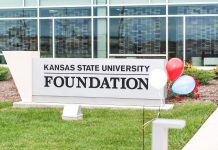