Home Culture Reviews REVIEW: ‘The Hate U Give’ is a sobering reality and a must-watch... 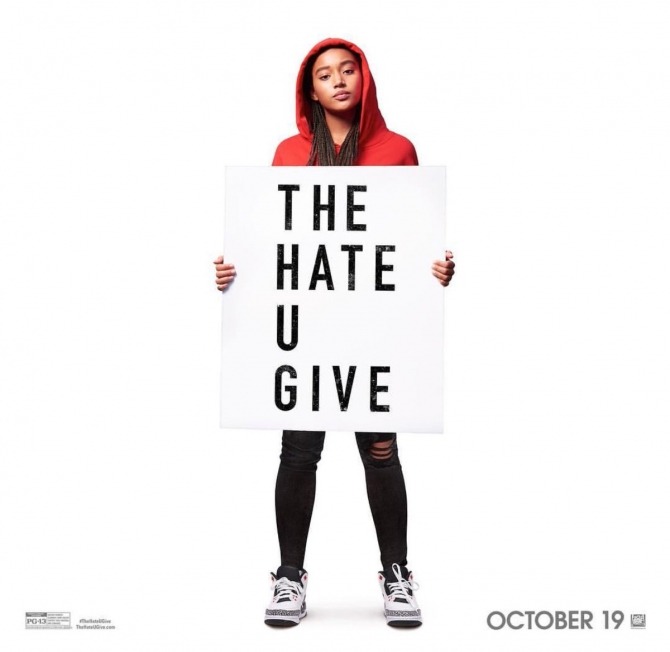 In case the Collegian’s reporting on the KSBN Common Read has gone over your head or you’ve been living under a rock, Angie Thomas’s “The Hate U Give” is being discussed across campus this fall leading up to a visit from the author in February.

Thomas’s debut novel was adapted into a movie released nationwide Oct. 19. I’m going to skip the summary, because if you don’t know it by now, it’s too late for you. Unless you check out my review over the novel.

REVIEW: ‘The Hate U Give’ relevant to K-State’s values

The movie is a must-watch for students who are using the common read in their classes. However, it also should go to the top of your movie list even if you’re not a first-year student or engaging with the common read.

“The Hate U Give” builds upon the novel’s perspective and puts viewers right in the midst of the action. If you want to understand responses to police brutality, this movie provides a sobering reality. I like to think I’m well-educated on the subject of police brutality, but the film further opened my eyes to injustice, and at times, my own ignorance.

However, I’m hypercritical of book-to-movie adaptations, and “The Hate U Give” wasn’t any different. There were several departures from the source material.

But, for the first time in my life, I don’t think I’m mad that the movie didn’t stick to the book. In most cases where the movie struck out into its own territory, it was successful.

I’m not going to spoil any of these departures, but you should be aware that they’re coming. I think knowing that helps. I went in knowing there were changes because I follow Thomas on social media, and she had mentioned that. But she’s also constantly expressing her joy and satisfaction with the adaptation, and that made me more okay with the changes than I would have been in other circumstances.

The film starts with a statement by director George Tillman about the perspective provided in the story and the importance of communal experiences. I was glad for that set up because it helps create a certain mindset for viewers going into the film.

Amandla Stenberg, of “The Hunger Games” fame, plays Starr Carter. Stenberg brings raw emotion to Starr’s character. Honestly, it felt like Stenberg was Starr, and if you read interviews on her work (I like the one by The New York Times), she really was the perfect choice for Starr.

Regina Hall and Russell Hornsby as Starr’s parents, Lisa and Maverick Carter, are the true gems of the cast. Starr’s parents and their relationship is so important in both the novel and the movie, and it was refreshing to see a pair of well-developed parents on screen.

Among the minor characters, KJ Apa, best known for playing Archie in the CW’s “Riverdale,” is a hottie as Chris, but his character lacked the development and depth he gets in the book. Although, he does shine in the scene where he meets Maverick.

Sabrina Carpenter as Starr’s racist friend Hailey was perfect. It was easy to hate Hailey, and Carpenter fulfilled her role to a T. The depictions of Hailey’s microaggressions and then blatant racism toward Starr were masterfully executed in the film, and that’s one of the movie’s strengths.

Discussions of implicit bias and subtle forms of racism aren’t always shown because it isn’t always easy to portray these things, but I’m glad they were successfully brought to the big screen.

From the technical side of things, I’m not a huge movie buff and have never studied film, but the most masterful thing to me in this movie was its use of lighting and close-ups.

From large church windows to wide sweeping shots of Garden Heights, things were incredibly well lit and it was just so satisfying. The subject matter of this film is serious, and I see where there was room to shade things darker through lighting, but it was left bright, because there is hope and laughter in this movie.

The close-ups were killer in providing detail, which I know is the point of close-ups, but when Khalil is introduced, the camera focuses in on some details that savvy readers will instinctually pick up on from the book. Additionally, tight shots honed in on characters’ emotions.

It was hard to watch the shooting scene, and I knew going in that it would be. But also given the social media virality of other police shootings of unarmed black men, it isn’t something that hasn’t likely been seen or experienced in some form by viewers before. But another thing that the movie does that the book doesn’t is flesh out the relationship between Starr and Khalil more.

The best part of the movie-viewing experience was the comments of the people in the row behind me. Normally, I’m not one for people talking in movies, but I laughed at the humorous interjections they made. Personal connections were being drawn, and this movie can be a deeply moving personal experience. I laughed at the film and I cried at the film and so did many in the theater for different reasons.

I could likely write an entire five-plus page paper complete with MLA in-text citations about how well-done this movie adaptation is, but I’ll stop here. You need to go see “The Hate U Give” to build upon its on-campus use or just for yourself.

And for the love of all things good and holy, don’t use the excuse of seeing the movie to get by with not reading the book. Watch “The Hate U Give” and then read “The Hate U Give” if you haven’t already. Because this book and this movie are so, so important. 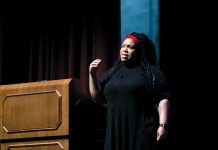 Angie Thomas, author of ‘The Hate U Give,’ speaks to massive McCain crowd 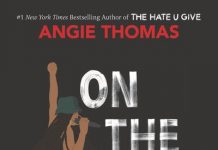 REVIEW: ‘On the Come Up’ is another bold novel from Angie Thomas