Home Culture Reviews REVIEW: The only scary thing about this year’s ‘Halloween’ is the acting 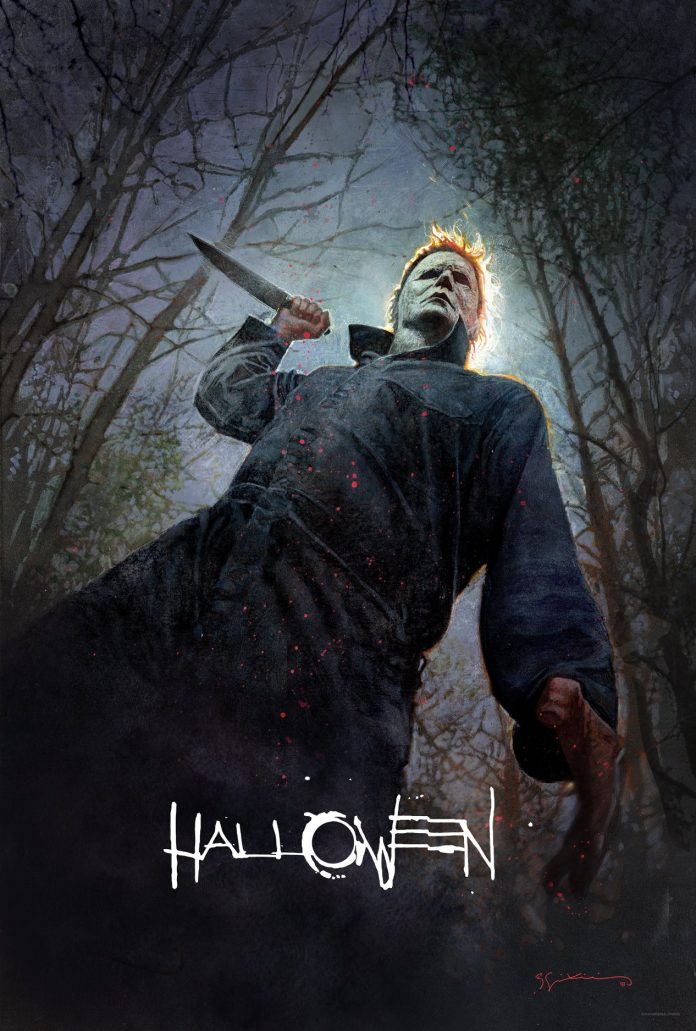 This year’s “Halloween” is the final act of the slasher series featuring the infamous story of Michael Myers. Although this fictional figure is widely-known, this last addition to the horror franchise did a disservice to the story.

This film opens with two British journalists attempting to investigate the inner-workings of Michael Myers’ mind 40 years after he was incarcerated and put into a psychiatric ward.

The next day, Myers was to be transferred to a maximum security prison to waste away the rest of his days.

Which was quite easy for him to do, considering there were no police officers assisting with the transfer of a violent criminal —one of the many plot holes of this movie.

What follows is Michael Myers’ rampage to complete the murder of Laurie Strode, played by Jamie Lee Curtis.

The connection between Laurie, her daughter Karen and her granddaughter Allyson, isn’t believable. Even with 30 to 40 minutes of character development, they still feel like a bunch of strangers thrown into the mix and given the title of a “family.” With that lack of connection, it’s hard for me to care if they get chopped up into tiny bits.

The largest blunder of the whole production was the script. The conversations lacked realistic speech patterns that sucked away the possibility of me caring about these disposable characters.

Without proper lines, the actors were left floundering to grasp at whatever reactions they could find. The majority of said reactions, being improper and odd.

Curtis was one of the few who tried to work with what little potential her character had. She was joined in this effort by Andi Matichak, who plays Allyson. Even then, they were very flat.

REVIEW: ‘The Hate U Give’ is a sobering reality and a must-watch movie

I could only suspend my belief so much. The rest of the cast was so ridiculous and outlandish that I groaned whenever yet another flimsy, fake interaction proceeded on the screen.

For example, all the high school students looked like they were seniors in college. This has largely been an expectation with films, but I’m tired of it. There are plenty of talented youth that could be cast instead.

Another unrealistic aspect from the high school students was their Halloween dance. Teenage girls were in body paint and underwear and various individuals were pulling out flasks in the wide open. That has misdemeanor written all over it. I get this is fictional, but c’mon.

Think about the scariest horror movies you have watched. What do they have in common? They were realistic. They peered into your very fears and splayed them out onto the big screen. Without that realism, “Halloween” takes viewers away from that sensation.

Another fault of this movie was how it closely followed the filming techniques reminiscent of older horror movies.

An example of older filming angles is leaving a camera reeling in one spot within a scene. For instance, a woman goes to close her window. That is the main focus, while in the back window of the house, you see Michael Myers walking outside. What is about to occur is imminent. While adjusting the window, he comes inside and kills her.

For a different era, this film technique could work. Horror was much more simple, but still terrified the masses. However now, this predictability takes away from the tension of the film and the attention of the viewers. What is thrilling or scary is not the same decade to decade.

Amidst these style errors and poorly crafted script, there were countless plot holes.

Laurie is obsessive after her attempted murder, training daily to prepare for Michael’s return. Even though she spent every waking moment preparing herself and her home, she still has a glass paneled front door that provides easy access.

Despite all of this, I do recognize the campy nature of this film may be admirable for others. The selling point of this story is the nostalgia, which I have no interest in. I am a self-proclaimed horror movie snob, so my standards are different. However, even if you enjoy the sentimental nature of this film, I’d wait for it to be on Netflix.

K-State students discuss what goes into making a Halloween costume