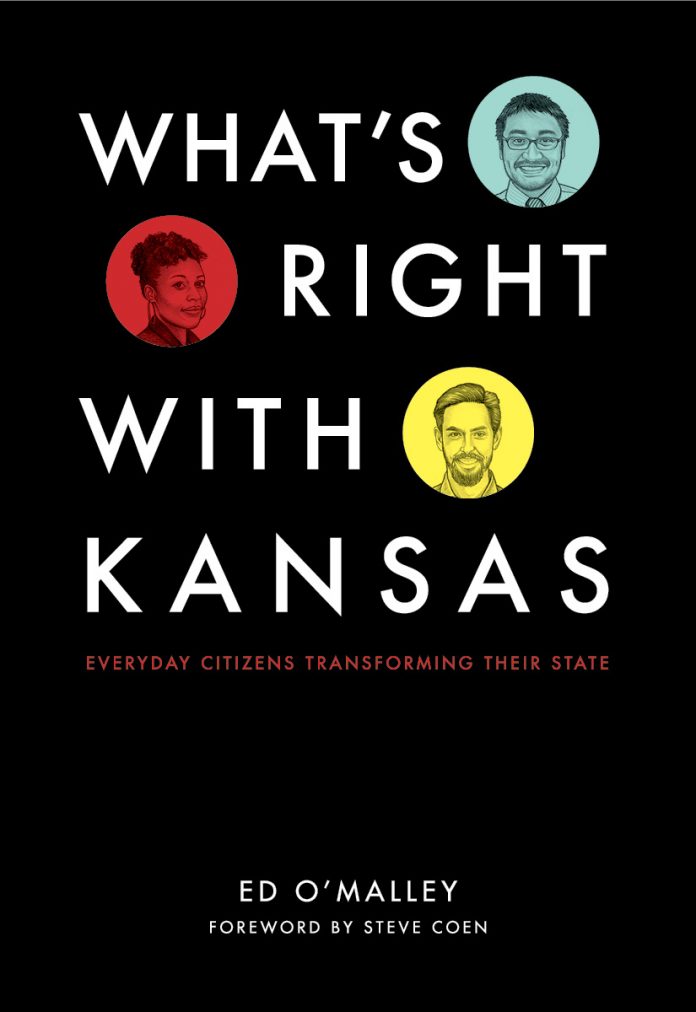 Author Ed O’Malley explained that something that’s right with Kansas is the style of leadership that is being taught across the state thanks, in part, to the KLC of which O’Malley is the founding president and CEO.

The book lays out five principles of leadership through case studies and stories from the state. While I agree with many of the leadership terms being taught and defined by O’Malley and the KLC, I struggled to believe that this book could be representative of Kansas as a whole.

There was a failure to represent both rural Kansas and western Kansas. As someone who identifies with both of those populations, I struggled to see my Kansas in this book.

The westernmost point covered in the book was Hays and the smallest town that received mentions was Parsons, Kansas with a population approximate of 9,700 people. There are many communities west of Hays and smaller than Parsons. I’m from Scott City, one of many communities that would fulfill both of these factors.

By focusing on leadership occurring in urban areas, “What’s Right with Kansas” seems to cast aside rural Kansas communities and the importance they can have. Though it may not be intentional, to me this served as an example of the growing rural and urban divide.

Additionally, even when Hays and Parsons are mentioned, it’s limited in scope. Parsons is mainly used in pull quotes while Hays gets only four pages through a story about Sunflower Electric Power Corp.

The more urban focus of this book also made me question who the target audience is supposed to be: Kansans, or those outside of the state? The focus on urban areas makes more sense if the target audience is outside of the state, because it makes sense to use urban areas to dispel the myth of stagnation and decline that hangs like a cloud over Kansas thanks to the Brownback term and the potential for a Kobach gubernatorial term.

If the target audience is Kansans, “What’s Right with Kansas” will be accurately representing some citizens of the state while leaving many others struggling to recognize their communities. If you want to make a claim that a book is representative of an entire state, then attempts need to be made to include the entire state.

Now that my biggest beef about this book is out of the way, I will say that I enjoyed reading this. It was written in a conversational manner which made it an easy read and the graphic design of the book was incredibly aesthetically pleasing.

The case studies included were thoughtful, and I liked the discussion of 4-H. Although, I thought the book missed an opportunity to discuss how 4-H utilizes many of the same concepts that are explained in the book, but I also understand the constraints of the book. After all, “What’s Right with Kansas” is only 129 pages.

O’Malley does a good job engaging readers with the principles of leadership that are explained in the book. As someone who has been involved with leadership from a young age, I was able to find value and ideas to utilize from O’Malley’s work.

K-State alum publishes book focused on leadership in the heartland

I know, it seems a little petty to focus more on the struggle to accurately reflect Kansas than on the actual value I got from the book. However, I’ve conducted research on sense of place and sense attachment, and I’m very connected to my home.

Growing up in the middle of nowhere in Western Kansas taught me how to be a leader. It was 4-H, FFA, other school organizations and a community that cared which shaped my leadership style more than anything else.

While there are still things to be learned from “What’s Right with Kansas,” I don’t think it’s right to forget about the everyday citizens that are hard at work using leadership to transform the state in rural and western Kansas.

REVIEW: ‘Tidying Up with Marie Kondo’ makes me want to fix...