Students, teachers and members from the community filed into Forum Hall on Monday to listen to Tarana Burke, creator of the #MeToo movement and 2017 Time Magazine Person of the Year.

In a lecture mixed with laughter and emotion, Burke discussed her life, featuring elements of her childhood in Bronx, New York, as well as how her career as a counselor to young girls inspired the beginning of what would become the modern phenomenon of #MeToo.

Burke, who is a survivor of assault, spent her career working closely with young girls who were victims of sexual assault. Burke said a defining moment in her life was when a girl called Heaven told her of her sexual assault.

“I didn’t know what to say; I was horrified and in my heart, I was saying, ‘This happened to me too,'” Burke said. “I wanted to say that, but it didn’t feel like it was enough—until she walked away, then I felt like it was the only thing I had to say.”

Burke said one of the major problems she encountered in her line of work was finding language they could use to describe the way they were hurting and why it was happening.

“#MeToo started because I really had to figure out what to do to speak the way I felt, and I had to know what to call it,” Burke said.

Burke said in the question and answers part of her lecture, the majority of freshman sexual assaults occur in the first three weeks of the academic year. To help, she said, students have to be more than a bystander.

Burke emphasized that #MeToo is not a female-only conversation, but that it is for anyone who has survived a sexual assault.

“It’s our movement; we get to define it, we get to say who is in and unfortunately there is only one real criteria,” Burke said.

Burke challenged students to think about the work that goes into combating sexual violence.

“Let’s work together, let’s heal together and if you are ready to do that, then you only have to remember these two words: me too,” Burke said.

At K-State, the Center for Advocacy, Response and Education, which deals directly with advocating for a victim of abuse. Stephanie Foran, survivor advocate for the CARE office, said the event tugged at her heart strings. Foran emphasized the services provided by the office.

“You can certainly come in to our office — our office is ready to help survivors of sexual and interpersonal violence,” Foran said.

Shaneka Cabe, senior in marketing, said she loved the event.

“I felt it was something that was needed,” Cabe said. “I am a senior and I have never gone to something like this. K-State talks a lot about diversity, but not much on sexual violence and I think that it needs to be talked about.” 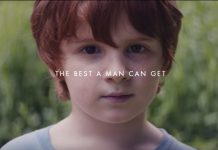