Home Community Letters to Editor OP-ED: Why K-Staters should vote for Kobach

This opinion-editorial was written by Benjamin Ristow, senior in history and vice president of the College Republicans. If you would like to write an op-ed with the Collegian, send us an email at opinion@kstatecollegian.com to get started.

On Wednesday, the Collegian published a letter titled “I’m a Republican, but K-Staters shouldn’t vote for Kobach.” The author made several interesting claims. Some of them are misleading. Others are just false. In the interest of preserving honesty in our public discourse, here are my thoughts on some of these claims.

The author points out that Kris Kobach believes that universities waste too much money. I wonder how this observation by Kobach makes him “possibly the worst choice for governor the Republican party and the state of Kansas has ever produced”? When one looks at the numbers it certainly seems that universities are spending beyond their means. From 2002 to 2017, state appropriations to Kansas State remained mostly stagnant, but tuition increased from under $2,500 to around $10,000.

Even when one acknowledges that state appropriations should have increased around 2 percent per year to match inflation, and that tuition had to increase to make up for this, that only accounts for around half of the increase that occurred.

People tend to blame the state government for high tuition. Given that tuition could have made up the difference in state funding since 2002 and still be about half of what it is today, I find this argument to be lacking. Should the state be doing more to support higher education? Probably, but don’t pretend that if Kansas increased appropriations that tuition hikes would cease. Kris Kobach is correct. Universities like K-State clearly have a spending problem.

Next, the author notes that Kobach doesn’t want undocumented immigrants to receive in-state tuition. Where is the problem with this stance? Why should a legal resident of Missouri who lives less than a mile across the border have to pay over double the rate of a Kansas resident, but someone who entered the country illegally gets to receive the benefits of in-state tuition? When Kobach says he wants to enforce immigration laws, he is not the worst candidate for governor that Kansas ever produced, he is simply expressing his desire to maintain rule of law.

The author also claims that Kobach does not believe in supporting LGBTQ rights. This is false. Kobach believes that it is the job of the legislature to pass laws protecting LGBTQ individuals. The legislature makes laws, not the executive. This is how our government works. If you want an all-powerful, singular executive to make the laws, feel free to move to a country run by a dictator. If you like checks and balances, you should agree with Kobach.

If you want bigger government spending, higher taxes, more subsidies for undocumented immigrants and power transferred from the legislative to the executive, you probably shouldn’t vote for Kris Kobach.

If you like those things, along with sweeping gun control, open borders and abortion on demand, you should instead vote for one of Kobach’s opponents. However, if you believe in limited government, lower taxes, rule of law, preserving the Constitution and protecting life, you should vote for Kris Kobach this November.

Benjamin Ristow is a senior in history and vice president of the College Republicans. The views and opinions expressed in this opinion-editorial are those of the author and do not necessarily reflect the official policy or position of the Collegian. Please send comments to opinion@kstatecollegian.com. 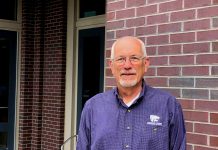 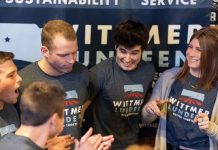 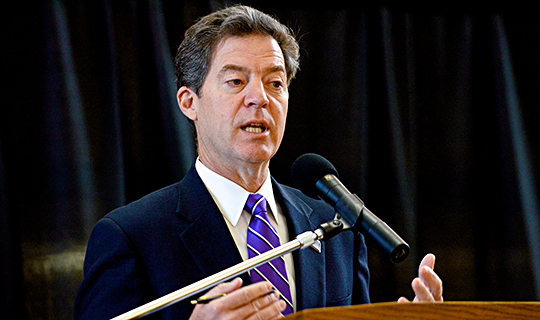