The Kansas State volleyball team will look to split the season series against West Virginia on its home court Saturday night.

This will be the second match this season between the Wildcats and the Mountaineers. Back on Sept. 26 in Morgantown, K-State was swept by West Virginia in three sets.

In the first match this season against West Virginia, K-State hit a season-low .152 and was out-blocked 11-3 while collecting 30 kills. Redshirt senior outside hitter Kylee Zumach led the Wildcats with seven kills and 10 digs.

The last match for K-State was against Iowa State in Ames. The Cyclones won the match three sets to one. Iowa State hit for .307 and they held K-State to .173 hitting percentage. Iowa State won the first set with four blocks and held a 16-11 edge in kills. K-State evened the match at a set a piece with a score of 25-21.

Both Dixon and Zumach recorded double-doubles. Dixon had 43 assists and 10 digs, while Zumach had 14 kills and 17 digs. Fairfield had a team-high 19 digs for her seventh straight match while recording double-digits.

West Virginia played Kansas on Wednesday night. The Jayhawks won the match 3-1 in Morgantown. Kansas hit for .310 and 59 kills while West Virginia finished the night with a .229 hitting percentage 56 kills.

After Saturday’s game against West Virginia, K-State has five more games in the regular season against Big 12 opponents. The Wildcats lead the all-time series, 8-5, and the Mountaineers have won the last three matches in the overall series.

The second match of the season series between K-State and West Virginia will begin at 7 p.m. inside Ahearn Field House. Fans can watch on ESPN3 and listen to the game on KMAN radio. 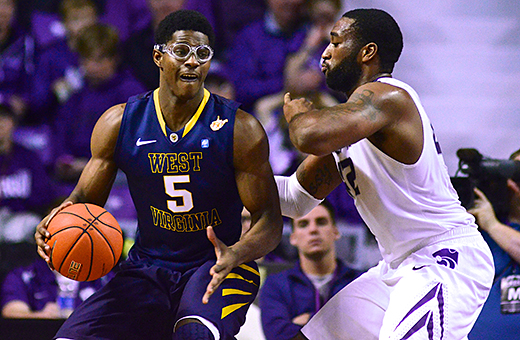 K-State travels to Morgantown to take on Mountaineers