K-State Theatre opened its mainstage production of the musical “Oklahoma!” on Thursday in the Mark A. Chapman Theatre in Nichols Hall.

“Oklahoma!” is the first musical written by the dynamic duo of Richard Rodgers and Oscar Hammerstein. Director Jerry Jay Cranford, assistant professor of music, theatre and dance, said the musical seemed like the ideal choice for the 2018-2019 performance season.

“When we look at doing a musical once a year, over a four-year collegiate experience we want to choose different materials,” Cranford said. “We were due to do a golden age classic musical.”

It helped “Oklahoma!” is celebrating 75 years since it first opened.

“A lot of people are doing it, and I personally said it would be nice to have students work on ‘Oklahoma!’ and have them understand the history of it,” Cranford said.

“Oklahoma!” is considered to be the first American musical to fully integrate music, theatre and dance.

“We spent a lot of time on the dance,” Sterrett, who plays Gertie Cummings, said. “‘Oklahoma!’ is known for the big dream ballet at the end of act one, and we spent time carefully crafting that and making sure every moment in that dream ballet was executed correctly to advance the plotline the way that it did 75 years ago.”

Cranford said he also saw the importance of the dance during the rehearsal process because of how hard his cast worked on that element.

“It’s great to work with the cast,” Cranford said. “It’s great to work on this historical war horse and have students that maybe aren’t trained in dance but are moving and pushing their limits and challenging them and making them better.”

Beyond pushing the cast, the environment of the Mark A. Chapman Theatre helps this performance stand out from others, Cranford said.

“The intimacy of the theatre is nice,” he said. “We sort of surround the action … Because of our space you are surrounded by the dance, by the action, by the show.”

There is also a sense of contemporary relevance that can be found with this production.

“Audiences are still on the edge of their seats,” Sterrett said. “These characters are just as alive as ever. The themes that were alive 75 years ago are still present today in 2018.

“Oklahoma!” has performances Nov. 2-3 and 8-10 at 7:30 p.m. There are also two matinee performances at 2:30 p.m. on Nov. 4 and 11. Tickets are available online at ksu.edu/mtd/tickets or one hour before the performance at the box office in Nichols Hall. 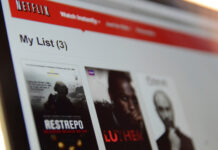