“The Crucible” by Arthur Miller is a play that depicts the Red Scare from the Cold War through the Salem witch hunt.

While the play overall is wonderfully written and opens an important discussion, there are some very annoying plot developments that heavily grind my gears.

While I will try to remain as vague as possible in order to not ruin the work for anyone who would still like to read it, it was written in 1952 and is widely used in high school classes, which I think gives me a pass. However, consider this your spoiler warning from here on out.

My first issue with the play is that one girl essentially starts the entire witch hunt.

Yes, witchy accusations can spread like wildfire within a fearful community, but the town seriously gives the girl, who is known for being a liar to cover her butt, way too much credibility.

This teenage girl, who we find out to be taking revenge on an adult because he wouldn’t leave his wife for her, uses the town’s fear in order to get revenge on him and anyone who stands in her way.

While this parallel with the Red Scare is entirely accurate with what happened, believe me when I say it is difficult to read about these characters being bamboozled because of cult-like religious beliefs and fear.

Watching all of these people be killed after a child’s revenge plot gets taken out of hand is the saddest thing about this play.

Now, while the kick-off of the plot is frustrating to me, nothing is more frustrating about this play than the ending.

Throughout the book the main character, John Proctor, is the only one who sees through these accusations and understands the issues in the community. He is the most respected man in the town, and everyone listens to what he says except for the courts who come in to put the accused to ‘trial.’

Most of the time he doesn’t do a thing about what is going on around him. This man could’ve helped stop the witch hunt and get the government workers to leave, but instead he, of course, gets accused of witchcraft.

While waiting for his trail he could have worked up a case, defended himself with all of the evidence he had and more likely than not, stopped the entire thing from continuing.

But no. No. John Proctor, the most respected man in the entire town decides that it would be best for him to die ‘honorably’ instead of taking the chance to defend himself and possibly stop the atrocities from harming the community further.

His death is where the book ends. While I like ambiguous endings, this one was super annoying. We don’t get to know exactly what happened. Many other people think that his death would have made the town realize what they were doing wrong, and that his action was honorable; However, I strongly disagree with that notion.

This man could have had a higher chance of stopping the scare from continuing if he had decided to fight, and while maybe his death did show the town something, it most likely did not stop more accusations and deaths from happening.

REVIEW: “It” captures the magic and terror of being a child in a masterful horror epic

He could have tried to talk some sense into the town, but instead he let his pride get in the way.

Not only that, but this man decided that it would be better to leave his wife who was initially accused and his child to fend for themselves and possibly get killed as well just because he didn’t want to deal with the possibility of dying.

In conclusion, the starting of the plot is by an angry child looking for revenge, and the ending lends to many other people dying due to the leader of the town being entirely useless.

Despite all of that, this play is a wonderfully written commentary on how fear can cause situations to get out of hand, and even cause deaths. It has many layers to it, and serves as a gateway into many other works of literature

However, amazing this play is doesn’t mean that I cannot be irritated about the characters within it. I would still wholeheartedly recommend this play to anyone so that they can join in my frustration.

Alycea Hammond is a sophomore in English. The views and opinions expressed in this column are those of the author and do not necessarily reflect the official policy or position of the Collegian. Please send comments to opinion@kstatecollegian.com. 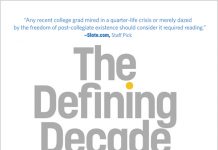 REVIEW: ‘Check, Please! #Hockey’ is a sports story we need