The Friends of the K-State Libraries invite students and the community to attend Sunday’s “Voices on the Western Front” program as a part of the Hale Library Concert Series. The concert begins at 3 p.m. in All Faiths Chapel.

Sunday is not only Veterans Day, but it also commemorates the exact 100th anniversary of Armistice Day, which marked the end of World War I. Bryan Pinkall, Grammy-winning soloist and assistant professor of music, said he has thought about the centennial concert for a few years now. He plans to entertain attendees with song, cinema, history and theatrics during the unique performance.

“It’s immersive in a lot of different ways because I wanted to transport the audience to life and art as it was 100 years ago,” Pinkall said. “When you arrive, there will be popular music playing like you were sitting in a house or in a parlor.”

Many of the works to be played are rare or “mostly lost until now pieces,” Pinkall said, because the selected compositions may have been burned or never published.

World War I brought on millions of casualties, both military and civilian. The performance will tell a story about people who died on both sides, and Pinkall said students can relate to the young composers’ personal experiences outside of war.

Pinkall’s, who will be the featured performer, will be accompanied by faculty pianist Amanda Arrington. 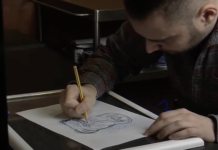 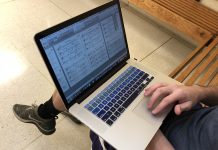 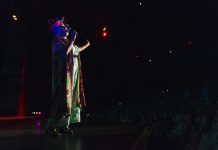 OPINION: Stick with the arts