After two meetings of review, Kansas State’s Tuition and Fees Strategies Committee decided Tuesday that the funds generated by the $16.70 per credit hour fee in the College of Arts and Sciences are being used appropriately.

The fee, which is the lowest out of all college-wide fees — except the College of Education, which does not have a fee — was originally introduced in in fiscal year 2014 as an $8 per credit hour fee. The committee’s 2012 to 2013 report identifies the fee’s use priorities as academic advising, undergraduate research, creating additional course sections to reduce class sizes, classroom/lab expenses, technology and major equipment. In fiscal year 2017, the fee increased by $8.70.

The committee’s 6-0 decision shows the fee’s expenditures correctly align with its intended purposes.

Since its implementation, the fee has been largely used to bolster graduate teaching assistant stipends. In keeping GTA compensation competitive with other institutions, thereby recruiting and retaining a sufficient number of these students, more course sections are created.

Dean of the College of Arts and Sciences Amit Chakrabarti wrote in a report to TFSC that stipend supplementation is vital in the math department. For fiscal year 2019, math stipends are supplemented by $9,651 per GTA.

“This is viewed by math GTAs as absolutely essential, which they told us in no uncertain terms when we asked them how the fee has impacted their experience,” Chakrabarti wrote.

Chakrabarti added that math GTAs’ retention made it possible to create Math 199, a course available to students who struggle in and drop Math 220, a calculus course. In switching to Math 199, signs of struggle are erased from students’ transcripts, encouraging retention.

Chakrabarti wrote that, before Math 199’s introduction, 50 percent of students who failed Math 220 dropped out of Kansas State within one year.

“Now, [60 percent] of students who don’t pass Math 220, either because they fail or switch to Math 199, are retained,” Chakrabarti wrote.

The fee is also used to subsidize costs to students for lab equipment.

“Since the implementation of the fee, students’ direct costs have decreased in key laboratory costs,” Chakrabarti wrote.

During the review, some committee members raised concern that science departments benefit from the fee more than other disciplines within the college.

“I feel like the nature of an arts and science fee that has a priority on lab supplies, the non-hard sciences or those other — dance and music and communications — are going to inherently be subsidizing those things,” Lily Colburn, Student Governing Association intern and freshman in political science, said.

Spencer Wood, faculty senate president and associate professor of sociology, pointed out that other departments may use fee revenue to enrich classroom experience through other means like guest speakers.

Although she is not a member of TFSC, Hayley Spellman, student senator and senior in political science and communications studies, was present for the decision. Spellman said she approves of the fee’s use.

“As long as it’s getting distributed and all departments are being equally benefitted, whether it be with lab materials or bringing in guest speakers for like political science or communication studies for example, just making sure that all students are benefitting from that extra dollar,” Spellman said. 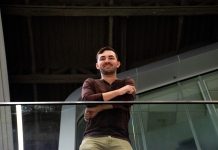