A high school science fair project turned into a seven-year commitment for one Kansas State student.

Eric Koehlmoos, senior in agricultural education and an Iowa native, has been working on his project since his freshman year of high school. Recently, Koehlmoos was awarded the National FFA American Star in Agriscience award.

“Our freshman biology class had to do a science fair project,” Koehlmoos said. “I thought it would be cool to explore ethanol production. At the time I decided that whatever my science fair project was, I would turn it into one of my [Supervised Agricultural Experiences] as well.”

Having a small, Bureau of Alcohol, Tobacco, Firearms and Explosive-approved ethanol production in his basement, Koehlmoos said his goal within his research was to investigate new ethanol alternatives outside of corn. In his research, Koehlmoos tested native grasses, such as switchgrass and prairie cordgrass.

“My older brother was attending South Dakota State University studying agronomy,” Koehlmoos said. “One day he was telling me of some of the research they were doing with switchgrass and that’s how the idea sprung.”

“I would find the grasses about a mile away from where I lived and in the ditch,” Koehlmoos said. “We have huge ditches back home and you can’t cut them because they are so steep.”

Continuing his research throughout his high school career, Koehlmoos said he was determined to find the answer to his overall question regarding ethanol production using non-corn substances.

Using the switchgrass and prairie cordgrass made sense because of the high-drought tolerance the plants’ DNA possesses. Using the knowledge gained from his high school agricultural education classes, Koehlmoos added that the cellulose component of an ethanol plant is very similar to the makeup of a cow’s rumen.

Creating ethanol from the two grasses, Koehlmoos noted that the research could help lead to more energy sources that could potentially replace oil one day.

“The grasses can use a lesser-quality ground to grow on,” Koehlmoos said.

Besides helping with the fair, Koehlmoos has also helped an agricultural education professor by providing information to then use it in writing for a USDA Secondary Education, Two-Year Postsecondary Education and Agriculture in the K-12 Classroom Challenge Grants grant titled “Connecting Research Centers to Secondary Agricultural Education Students in Idaho, Kansas and North Carolina.”

As a part of the social science aspect to his Star Award application, Koehlmoos assisted Hock in providing the needed data for the USDA SPECA grant. The grant program seeks to promote agricultural education in a variety of fields including food agriculture, human and natural resource science and promoting synergistic links among secondary to post-secondary and higher-education programs.

The grant written by Hock was successfully granted in 2017.

Now as a senior and a recipient of the American FFA Degree, the highest degree within the National FFA Organization, Koehlmoos was one step closer to receiving the American Star in Agriscience award.

Koehlmoos was awarded the American Star in Agriscience award on stage at the 91st National FFA Convention and Expo in Indianapolis in October.

Prior to the on-stage announcement, Koehlmoos had to fill out an application that would then be judged. The applicants were then withered down to a smaller pool. The week of the national convention, Koehlmoos was evaluated by another panel of judges and went through interviews to further go into detail on his project.

“Hearing my name being called on stage seems like a blur now,” Koehlmoos said. “I, of course, was thrilled to hear my name called. I was feeling pretty good going into the night, but I think my parents and FFA adviser were freaking out about it more than I was.”

Koehlmoos said he feels that it’s time to close this research chapter.

“I think I’ve done just about much as I can, before writing a thesis and applying for larger grants and potentially going for a masters in the area,” Koehlmoos said. “Next semester I’ll be student teaching and upon graduation in May, I think it’s time to retire my ethanol research.”

After completing his collegiate career, Koehlmoos said he wishes to become a high school agricultural education teacher and FFA adviser.

“I hope to take what I learned and translate it to encouraging my future students to take on something within agriscience,” Koehlmoos said. 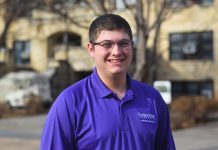 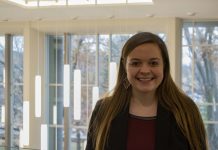 From a small town to K-State, this junior works to help students through SGA, legislative advocates 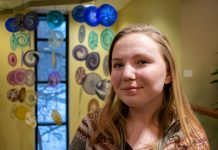 Less than a semester into her college career, Lily Colburn is already heading an SGA committee