Nichols Hall caught fire 50 years ago on Dec. 13, and it took the music department along with it.

The story goes that this fire and its accompanying burning of sheet music is the reason why the Kansas State marching band plays “The Wabash Cannonball” so much. If the legend is true, maybe there was a silver lining hiding within that blazing inferno.

Are there other times when a fire can be a good thing? I certainly think so. In honor of Nichols Hall, here are my top six fires.

Long before Nichols was scorched in 1968, the city of Lawrence was invaded in 1863 by Confederate raiders led by William Quantrill, destroying most of the city in a blazing inferno.

While people losing their homes and livelihoods is obviously terrible, this event did encourage the Union Army to tighten security on the Kansas-Missouri border and take the Bleeding Kansas conflict more seriously. Lawrence was able to be rebuilt bigger and better, too.

If nothing else, at least Lawrence was burned to the ground for wishing that people didn’t own slaves. Those Jayhawks did something right.

Ooh la la, look at that. It’s a fancy dinner date and you’re trying to create an atmosphere of love and negligible smoke inhalation for your dreamboat forever person. What could work better than a set of romantic candles that smell like flowers in springtime?

While candles have a centuries-long history as practical sources of artificial light, they are mostly seen today as something of a luxury item, probably because they’re all about scents and smells now. Still, lighting one up might just start a fire in the heart of your loved one.

4. The Great Fire of London

The world was a different place in 1666; the United States didn’t exist and men still wore poofy outfits with garish tights on the daily. The city of London had only around 500,000 people in it, and despite the city’s building codes mandating otherwise, most of its buildings were still made of wood — stone costs money, after all.

What started as an accident in a bakery spread across the majority of London’s poorly planned streets in a spicy display. Over 80 percent of the residences in London were destroyed over a four-day period along with massive public buildings like Saint Paul’s Cathedral.

Fortunately, the leaders of London learned from their mistakes and rebuilt the city up to modern standards with — just kidding. They rebuilt London using a nearly identical street plan. I guess the silver lining here is that the Brits are an example of what not to do.

A fire mixtape is something every musician wants to produce, and it doesn’t get much more fire than heavy metal covers of 1990s cartoon theme songs.

Your ears will be shredded and your heart will spontaneously combust when you hear the awesome might of the “Mighty Morphin’ Power Rangers” theme at 190 beats per minute. It might seem like too much at first, but through the fire and the flames, you’ll carry on.

OPINION: Why 'Mean Girls' is the voice of a generation

Unless you count the world’s collective hatred of Nickelback, there’s no greater symbol of international cooperation than the Olympic Games. Held every two years for both summer and winter events, the nations of the world put differences aside to compete on civil terms.

It’s tradition to pass a big, super special torch along a big relay race to light the Olympic flame. While it does tend to be blown out — usually by the wind, sometimes by protestors — it still does its job as an everlasting symbol of greatness.

1. The fiery passion of K-State’s best

Speaking of greatness, is there anything better than how passionate the good people of K-State can be? Even when Nichols burnt down and all seemed lost, the people of K-State found a way to dust themselves off and rebuild Nichols bigger and better — with some newfound traditions to boot.

Things can seem tough, especially as we head into finals week, but this is a community built on respect and determination. Let your passion burn like it’s 1968. 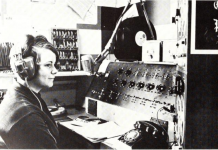 LETTER: What it was like to see Nichols Hall burn down 50 years ago 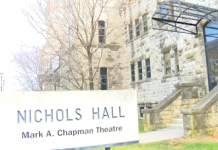 LETTER: What it was like to see Nichols Hall burn down...